Holidays at Pemberley: Somewhere in Hertfordshire, 1790 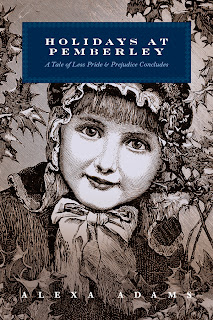 Here's a peak at the beginning of my next novel, Holidays at Pemberley, or Third Encounters: A Tale of Less Pride & Prejudice Concludes. This snippet is essentially a prologue. Please do let me know what you think, keeping in mind I'm still editing, and look for the book in November of this year!