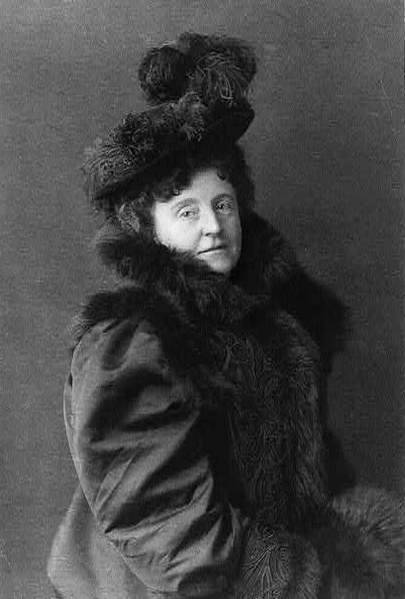 I've now been reading Francis Hodgson Burnett for four months, I think, and I've plowed through the bulk of her available writings. I'm reserving the rereads of Little Lord Fauntleroy, The Secret Garden, and The Little Princess until I've gotten through her works I haven't read. As mentioned before, I didn't have a clue that the author of my lifelong favorite book (TLP) had ever written anything else. Just see what could happen in the world before the internet! Had I been a child today, I probably would have devoured all her books, both those directed towards children and those clearly not, as a youth. I feel for the child within who laments the loss, but I'm having a wonderful time discovering her books now.

Even those stories written for adults have an aspect of fairytale to them. Her characters are more archetypes rather than fully developed beings. She was a Christian Scientist, and her firm belief in existence beyond what the mortal eye can see definitely enhances the mystic feel of her writing. Anything is possible if one only believes.

I have to take exception with The Collected Works of Francis Hodgson Burnett for putting the historical novel His Grace of Osmonde before A Lady of Quality in the book. The latter was published a year before the former, and they are two sides of the same tale. I'm going to go ahead and review them together, to try avoid any biases I might have picked up reading the gentleman's story before the lady's.

The books begin in the last quarter of the 17th century, when Gerald Mertoun and Clorinda Wildairs come into the world. Their respective births could not be more different. The heir to Camylott (seriously) is born to ringing bells, wrapped in his parents well-deserved adoration all his youth, and carefully prepared to take a leading role in society. Mistress Clo must fight from the first moment when her abandoned and battered mother dies in after childbirth, nearly suffocating the new born. She lives to inhabit an ill-furnished nursery with her equally neglected sisters, while her decadent father, Sir Jeffrey, carouses with men of similar ilk, until he stumbles upon her one day, threatening her with his riding crop only to have it seized by a toddler and wielded against himself. So impressed is he by the fiery temper of his offspring that he makes her a pet. She grows up hunting and drinking with his cronies.

From starkly different beginnings these larger than life figures are destined to come together. And they are literally larger than life: bigger, stronger, and more beautiful than all their fellow humans. When Clo decided to shed her boyishness she does so with eclat, becoming the perfect maiden overnight. Sought by all men, she finally accepts an offer of marriage from Lord Dunstanwolde, kinsman and friend to his Grace, to whom she is first presented almost immediately following her engagement. Immediately, she perceives her mistake. What she does not know is that his Grace has loved her nearly all his life, going so far as to leaving England to see if time will mend her wild ways and make her a proper lady. He returned to claim her too late.

It is the stuff of legends through and through, and fate will not allow two soul mates to remain asunder. Their path to union is barred with a variety of impediments, and even when they are finally together, the means employed to overcome them take their toll, marring paradise.

I suppose it's fitting to have each character dominate their own book, as each is an epic scale hero. His Grace is all that is right and noble, and his lady is like a goddess, right down to the vengefulness, but Clorinda is by far the more complex character, My gut tell me her story could stand on its own without assistance from his Grace, but as his story is more saturated in the politics of the day, it does provide a better history. When you read the books side by side, there are a lot of redundancies, but the story and setting cast such an aura of chivalry and romance that I just wanted to keep reading anyway. Ms. Burnett's writing spins magic in that way, transporting the reader completely to some new world. These stories are not my favorite she wrote, but they represent so many of the themes I see repeated in her work that I thought they were a good place to start. Seeped in mysticism and romance, her almost mythological characters resemble no one I have ever known but fascinate all the same. Far more irresistibles to come!
Posted by Alexa Adams at 7:00 AM