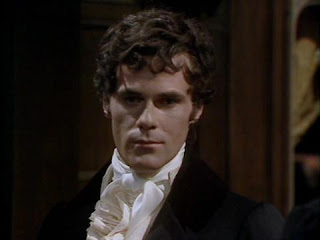 ... his friend Mr. Darcy soon drew the attention of the room by his fine, tall person, handsome features, noble mien; and the report which was in general circulation within five minutes after his entrance, of his having ten thousand a year. The gentlemen pronounced him to be a fine figure of a man, the ladies declared he was much handsomer than Mr. Bingley, and he was looked at with great admiration for about half the evening, till his manners gave a disgust which turned the tide of his popularity; for he was discovered to be proud, to be above his company, and above being pleased; and not all his large estate in Derbyshire could then save him from having a most forbidding, disagreeable countenance, and being unworthy to be compared with his friend.

Hobbies: Reading, letter writing, buying lavish gifts for his sister, and meddling in the love life of his friends.

Most charming quality: Just one? I am afraid I cannot judge this character impartially. All my instinct tells me to simply explain that this is Fitzwilliam Darcy under discussion, and the name is a charm in and of itself, but instead I will quote another lady's response, when at a loss for an answer, and claim the "beautiful grounds at Pemberley" as the source of his appeal. 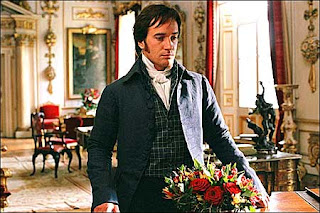 Most detrimental tendency: I refuse to choose either pride or prejudice, as that way lies a trap, and so instead exploit his own self-assessment:


"I have been a selfish being all my life, in practice, though not in principle. As a child I was taught what was right, but I was not taught to correct my temper. I was given good principles, but left to follow them in pride and conceit. Unfortunately an only son (for many years an only child), I was spoilt by my parents, who, though good themselves (my father, particularly, all that was benevolent and amiable), allowed, encouraged, almost taught me to be selfish and overbearing; to care for none beyond my own family circle; to think meanly of all the rest of the world; to wish at least to think meanly of their sense and worth compared with my own."

Greatest strength: The unfathomable depths of his devotion. 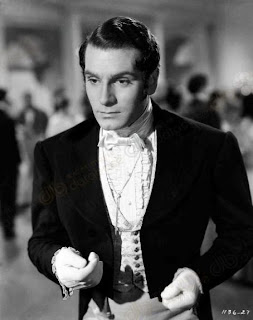 Prospects: Excellent. He is the owner of Pemberley and all the honors intended therein, including 10,000 pounds a year.

"Do not you feel a great inclination, Miss Bennet, to seize such an opportunity of dancing a reel?"

"I cannot fix on the hour, or the spot, or the look, or the words, which laid the foundation. It is too long ago. I was in the middle before I knew that I had begun."

"Mr. Collins appears very fortunate in his choice of a wife."

"Yes," replied Darcy, who could contain himself no longer, "but that was only when I first knew her, for it is many months since I have considered her as one of the handsomest women of my acquaintance."

"In vain have I struggled. It will not do. My feelings will not be repressed. You must allow me to tell you how ardently I admire and love you."

"What think you of books?" said he, smiling.

Musings: This has by far been the hardest character profile to write. I cannot see clearly through the fog of love, and if there is a fictional character that I have ever truly loved, it is Mr. Darcy. Part of the problem is his similarity to my husband. John has no grand fortune or impressive height, but he does think rather too highly of himself, even if his arrogance is often justified, and he would endure anything to secure the happiness of those he loves. Maybe that's the most awesome thing about Mr. Darcy: he may be a bastard at times, but he's totally dependable. What more could a girl really want? Oh yeah - Pemberley! Just ask Miss Bingley. 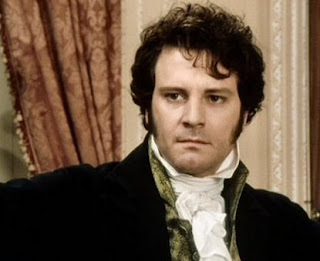 I had such a hard time narrowing myself to a few, favorite quotations from Mr. Darcy. Pretty much every word that comes out of his mouth is fabulous. I particularly enjoy it when he's acting smug and obnoxious. Part of Darcy's charm is the jerkiness, and I think that's why my thoughts about him are so hard to articulate. Women notoriously fall for "bad boys". I do not pretend to know why when there experts who have dedicated their lives to such questions, but it's certainly true that if Darcy was perfectly pleasant from beginning to end, he would not be so devastatingly attractive. If you need proof of this assertion, I suggest you read my first novel, or any of the many other Pride and Prejudice variations out there that imagine a more flawless Darcy. He's still handsome, rich, and dependable, but the edge is gone. He is no longer quite so swoon-worthy as he was in Austen's hands.

Oh dear! I had best never let my husband read this, for I think he would undoubtedly use it as a counter for any criticism I level at his temper for the rest of our lives. do you see how Mr. Darcy has led me to write the supporting argument for arrogance and self-satisfaction in men? I simply cannot be trusted on this subject. I call upon those with cooler heads to critique Fitzwilliam Darcy, for "I do not get on at all."