The following was part of the very first blog post I wrote upon arrival in Switzerland, in August of 2015. I had not reread it until today and was astonished to find it absolutely hilarious! My mind was in such chaos at the time (the post went live the same day our furniture arrived from overseas), and other than remembering writing something of the sort, I had no recollection of the details. I feared I would be embarrassed by my ignorance of the culture, but instead I'm proud of this piece. That's so nice. There is also a good bit of Austen's youthful, absurdist tone incorporated into my vision for three Pride & Prejudice mashups with classic Swiss tales. Perhaps I took inspiration from her own Plan of a Novel. I really don't remember. The first is based on the tale of William Tell, the second on Heidi, and the third on The Swiss Family Robinson. Enjoy! 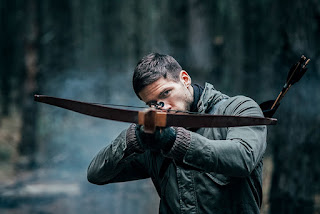 In this Austenesque twist on the famous Swiss legend, Darcy forsakes his top boots for a bow, leaving readers all aquiver. When the domineering Lady Catherine insists all residents of her domain bow to her marital arrangements, our hero stands defiant, declaring his love for the comparatively lowly Elizabeth Bennet. He may marry her, his incensed Aunt cruelly declares, if he can shoot an apple off the “obstinate” girl’s strong head, never believing it possible. But Darcy easily splices the offending piece of fruit in two and is forced to flee with Elizabeth on foot, the evil tyrant trailing them all the way. Finally, they reach the free kingdom of Pemberley, and as Darcy crosses the gates, he turns and unleashes a last arrow into Lady Catherine’s wicked heart, felling the villainess. As news of his triumph spreads, subservient relations all over England rise up and overthrow the domination of their most officious kin, bringing forth an age of peace and prosperity. 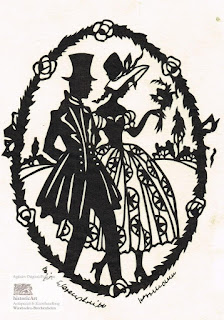 Lizzy of the Mountain

Overwhelmed with an excessive number of daughters, a young Lizzy Bennet moves with her disillusioned father to live in an isolated cabin upon Oakham Mount. There the two find peace and happiness in their bucolic seclusion until Aunt Philips, having learned of a wealthy young lady in need of youthful companionship, takes Lizzy away to live in London. Overwhelmed by the metropolis and missing her long walks through the wilderness, Lizzy’s own health flounders, even as she finds solace in Georgiana Darcy’s friendship. The heiress was victim of a nefarious plot on her fortune and heart, but Lizzy’s purity begins to restore her faith in humanity. Her loving brother sees the improvement and duly credits Lizzy, whose frank and open manner have also touched his own heart. However, Madame de Bourgh, the Darcy’s rigid housekeeper, blames the rustic girl for a series of mishaps and disruptions to the household, subjecting her accordingly to increasingly severe punishments. When worrisome sightings of a ghostly apparition prove to be Lizzy herself, sleepwalking due to the stress of homesickness, Madame is not slow in packing the girl off to her woodland abode. There Mr. Darcy pursues her and declares his love for the now mature Elizabeth. He moves the entire cabin from Oakham Mount to within the confines of Pemberley’s library, where Mr. Bennet happily spends the remainder of his days. 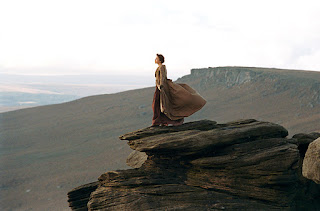 Traveling north for a pleasure holiday with their niece, Mr. and Mrs. Gardiner’s carriage breaks down. Abandoned by their servants and lost in the wild county of Derbyshire, they must learn to survive on what they can scavenge from the wreck and what Mother Nature provides. They build a rustic shelter and begin to cultivate the land. One day, Elizabeth find herself upon the edge of a murky lake. Seating herself upon its shores, she ponders whether she will ever be reunited with her family and the wider world. Imagine her surprise when a half-dressed gentleman emerges from the watery depths! She recognizes him as Fitzwilliam Darcy, the suitor whom she harshly rejected but a few months before. Both stammer in discomfort and embarrassment, but Elizabeth, seeing an opportunity for rescue, manages to express her plight. He follows her back to her family’s encampment, which proves to be on his own estate of Pemberley. Rather than arresting the Gardiners for poaching, he demonstrates his worthiness by welcoming the family warmly, catering to their needs, and gracefully navigating them all through an exceedingly awkward situation. After being ensconced in one of Pemberley’s best guest rooms and luxuriating in a delightful bath, Elizabeth learns she can return his love, after all.
Posted by Alexa Adams at 6:00 AM