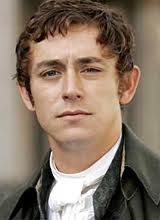 The master of the ceremonies introduced to her a very gentlemanlike young man as a partner; -- his name was Tilney. He seemed to be about four or five and twenty, was rather tall, had a pleasing countenance, a very intelligent and lively eye, and, if not quite handsome, was very near it. His address was good, and Catherine felt herself in high luck. There was little leisure for speaking while they danced; but when they were seated at tea, she found him as agreeable as she had already given him credit for being. He talked with fluency and spirit -- and there was an archness and pleasantry in his manner which interested, though it was hardly understood by her.

Hobbies: Teasing, reading (both novels and histories), providing companionship to his sister, and linguistic analysis.

Most charming quality: His sense of humor.

Most detrimental tendency: An indifference towards immorality derived of world weariness.

Worst enemy: While it is difficult to term the man who sheltered, reared, and provided for one an enemy, I still think General Tilney the best candidate for this honor, for in putting his own mercenary ambitions above his son's happiness, it is he that provides the biggest impediment to its achievement.

Prospects: He has the living at Woodston, which we are lead to believe is a very good one, or, at least, good enough to allow him to marry a  girl of small fortune without his father's assistance.

Favorite quotations: "The person, be it gentleman or lady, who has not pleasure in a good novel, must be intolerably stupid. I have read all Mrs. Radcliffe's works, and most of them with great pleasure."

"My dear Eleanor, the riot is only in your own brain. The confusion there is scandalous."

"Miss Morland, no one can think more highly of the understanding of women than I do. In my opinion, nature has given them so much that they never find it necessary to use more than half."


"Bath, compared with London, has little variety, and so everybody finds out every year. 'For six weeks, I allow Bath is pleasant enough; but beyond that, it is the most tiresome place in the world.' You would be told so by people of all descriptions, who come regularly every winter, lengthen their six weeks into ten or twelve, and go away at last because they can afford to stay no longer."


"I use the verb 'to torment,' as I observed to be your own method, instead of 'to instruct,' supposing them to be now admitted as synonymous." 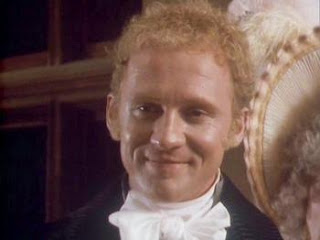 "If I understand you rightly, you had formed a surmise of such horror as I have hardly words to -- Dear Miss Morland, consider the dreadful nature of the suspicions you have entertained. What have you been judging from? Remember the country and the age in which we live. Remember that we are English, that we are Christians. Consult your own understanding, your own sense of the probable, your own observation of what is passing around you. -- Does our education prepare us for such atrocities? Do our laws connive at them? Could they be perpetrated without being known, in a country like this, where social and literary intercourse is on such a footing, where every man is surrounded by a neighbourhood of voluntary spies, and where roads and newspapers lay everything open? Dearest Miss Morland, what ideas have you been admitting?"

Musings:  Dear Mr. Tilney, my favorite hero (excepting Mr. Darcy, of course). He is witty and charmingly sardonic, yet perhaps what I find most charming in him is the fact that he falls in love with Catherine precisely because of her honestly and guilelessness. Mr. Tilney is very world weary, life with his father and brother, as well as his role as clergyman, leaving him thinking not very highly of humanity. It is for this reason that he refuses to interfere in Captain Tilney's dalliance with Isabella Thorpe: "Persuasion is not at command; but pardon me, if I cannot even endeavour to persuade him. I have myself told him that Miss Thorpe is engaged. He knows what he is about, and must be his own master." Austen only ever hints at the sexual, but I think it safe to assume that, as Captain Tilney abandones his pretensions towards Isabella, he has gotten what he desired from her, leaving her in a rather horrific predicament. Like her or not, Mr. Tilney's seems awfully cold regarding her plight, dismissing Isabella's suffering as well-earned, as demonstrated in this exchange with Catherine:

"But, suppose he had made her very much in love with him?"

"But we must first suppose Isabella to have had a heart to lose - consequently to have been a very different creature; and, in that case, she would have met with very different treatment."

Yet it is the very fact that Catherine displays herself to be just such "a very different creature" that wins his hardened heart. Repeatedly he comments upon Catherine's integrity and goodness. The above statements are followed thusly: "But your mind is warped by an innate principle of general integrity, and therefore not accessible to the cool reasonings of family partiality, or a desire of revenge." Still coined in the sarcastic terms that display Mr. Tilney's general opinion of humanity, this line nevertheless confirms his belief in the unusual superiority of Catherine. A few chapters earlier, he says, "You feel, as you always do, what is most to the credit of human nature. - Such feelings ought to be investigated, that they may know themselves." It is really remarkable that, having lived the life he has at Northanger, Mr. Tilney retains such a strong admiration for Catherine's innocence and honesty. I wonder that he only safeguards himself behind a cynical perspective, having somehow managed not to embrace humanities baser tendencies. Nevertheless, it is somehow the biting wit derived from his depressing knowledge of society that makes him so lovable. Mr. Tilney can utter the most misogynistic statements in all of Austen (playfully, of course), and we love him all the more for it - really a remarkable quality. I think the heart of the matter is that a lady would never be bored in Henry Tilney's company. He is the most obviously intelligent of all Austen's heroes, and as anyone who has read the authoresses letters will know, the character whose sense of humor most resembles her own. I often wonder if Mr. Tilney is not something of a self-portrait: the person Austen would have been if her tongue had been allowed the freedom only men enjoyed in this ear. On the same note, I wonder if Catherine Morland is not the lady should would have liked to be instead of the acute observer she was, suffering, just like Mr. Tilney, with all the trials such knowledge bestows upon its possessor.