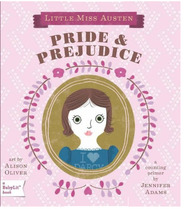 I hope you'll all go check out my review of Little Miss Austen by Jennifer Adams, an awesome counting primer based on Pride and Prejudice! Mags, Editrix extraordinaire of AustenBlog, asked me to read the book with my little girl, and it has now become one of our standard go-to books. Here is the link:  http://austenblog.com/2011/10/28/review-little-miss-austen-pride-and-prejudice-by-jennifer-adams-illustrations-by-alison-oliver/. Enjoy!
Posted by Alexa Adams at 6:52 AM 2 comments 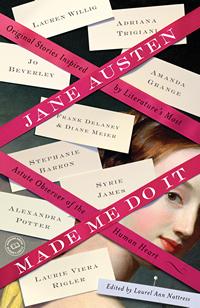 A bit sensual, perhaps, but the portrait is irresistible (though I have to wonder why she is without gloves at a garden party). As lovely as it is to reflect on Anne and Wentworth's first moments together, the frame for this flashback is the announcement of their second and final engagement, a structure that reinforces the theme announced in the tale's title. It took this couple nearly a decade of heartache before finding happiness. Ms. Odiwe takes this opportunity to explore them in both their youthful optimism and as adults who have endured disappointment, convincingly capturing the sentiments and scenarios that Austen so cruelly skims over. The result is a sweetly satisfying story. Thank you Ms. Odiwe! It is always delightful.
Posted by Alexa Adams at 9:23 PM 0 comments