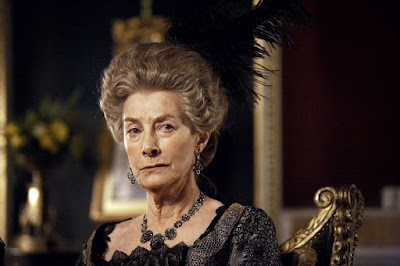 [Mrs. Ferrars'] complexion was sallow; and her features small, without beauty, and naturally without expression; but a lucky contraction of the brow had rescued her countenance from the disgrace of insipidity, by giving it the strong characters of pride and ill nature. - Sense and Sensibility

Halfway through fall break. Daydreams of writing have failed to materialize into anything tangible, but my eldest told me a cute joke which, unaccountably, reminds me of Mrs. Ferrars' furrowed brow. It's a trait I unfortunately share, as I can't help but frown when I concentrate. My kids do it, too, as did my father and grandmother before me. On the bright side, no one has ever accused any of us of insipidity.

What did the zero say to the eight?

A lovely week to you all.

That will do extremely well, Mary. You have delighted us long enough. 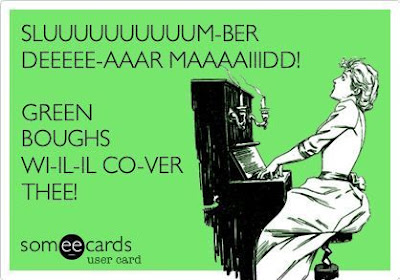 I am still catching up on processing and sharing thoughts and impressions from our visit to the United States last summer. One episode I was anxious to share involved an activity I have very rarely engaged in: going to church.

I am far more familiar with synagogues, having been raised jewish, but I have occasionally attended church services, and not just for funerals and weddings. I like observing ritual and find organised religion, even as I don't believe in such institutions, endlessly fascinating. My eldest shares this interest, so it seemed a very natural thing to ask if they wanted to attend a Sunday service and hear their grandmother sing in the choir. They were willing, if not enthusiastic, so we woke up early and went.

It was the funniest service of any denomination I have ever attended.

Now, I don't think the rest of the congregation shared my amusement, but it was all I could do not to laugh my head off. As said, our motivation in attending the was to hear my mother-in-law sing. She's the only regular church goer in the family, and we knew our show of support would be much appreciated. What we didn't account for were the idiosyncrasies of the other choir members. Their numbers were thinned over the course of the pandemic, and several of the remaining choristers were sick that day. Only two members and the director were there to sing. That's ok. Then the "music" began.

Instantly, I found myself transported to the Netherfield Ball. Mary Bennet, in all her glory, was at her instrument. The choir director, who I understand to be a very dear woman, is the only one with a microphone, which sits before the piano, and she sings and plays both loudly and horribly. I never heard a note out of my mother-in-law's mouth. The resemblance to the 1995 version of Pride and Prejudice, in which Lucy Briers captures Mary Bennet so perfectly, was remarkable:

I'm sitting there, a bit of a stranger in a strange land, itching to share the joke with someone, anyone. My child has fully and totally rejected Austen, and I knew they would only scoff at me if I whispered the source of my mirth. So I sat, grinned, and bore it, trying to control myself. The service lasted an hour, and I was about to applaud myself for not being abominably rude, when they began the hymn "Let all Things now Living," which I had never heard before, but the tune I totally recognized: the old Welsh folk song "The Ash Grove." This is the song that Elizabeth Garvie as Elizabeth Bennet plays at the Lucas' in the 1980 version of Pride and Prejudice. I thought I would die of laughter. Fortunately, I had a handkerchief with me, and smothered the noise. I know not what the people behind me thought. Perhaps they assumed I was having some religiously ecstatic fit.

As soon as we got back to the house, I made everyone watch the following clip. Garvie made an excellent Elizabeth, and David Rintoul, I have always felt, looks more like my image of Mr. Darcy than any of the other actors who have taken on the role (read my review of the film here). Enjoy, and please laugh with me. 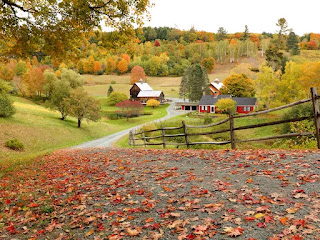 I don't know where September went. All my good intentions for getting back into strong writing habits led me nowhere, and next week is already fall break for my kids. I really want to finish A Mixed-Up Mashup as a Twisted Austen piece (it's conceptually different from the other stories, but totally twisted, so I think it fits), and prep for NaNoWriMo next month, when maybe (maybe!) I might FINALLY finish rewriting Tales of Less Pride and Prejudice.

This is where I am. The prospects look dim. Please wish me luck.