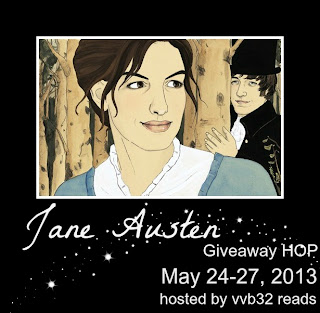 Welcome to the Jane Austen Giveaway Hop, hosted by vvb32 Reads at part of Tea at Pemberley. As Second Glances is already up for international grabs as part of the tea party (enter here!), I thought I'd step away from self-promotion for a moment and share one of the greatest novels of all time: Northanger Abbey.

I found this edition (with annotations!) in the bargain bin at Target not long ago, and it only took a second for me to decide to buy every one they had. I thought: "What better book to have on hand to giveaway than the very first Jane Austen novel I ever read?" These copies were destined for the hands of those discriminating enough to appreciate such a gem of a book, which is why it makes so much sense to offer one here to you. 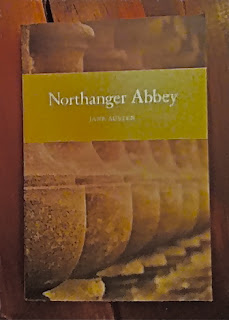 This giveaway is international. Just leave a comment INCLUDING YOUR EMAIL ADDRESS by the 27th telling me about your feelings towards Northanger Abbey. Maybe it's your favorite Austen, or your least favorite Austen, or maybe you've never had the pleasure of reading it before. For a second chance to win, share this giveaway on the social networking site of your choice and BE SURE TO TELL ME ABOUT IT in your comment below.


Don't forget to check out all the other giveaways in the list, and good luck!