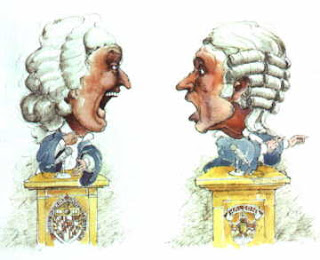 I usually do not bring up politics on this blog. Jane Austen doesn't discuss such matters in her books, and so my perspective has always been that they have no role to play here. Besides, I would hate to alienate those followers who do not agree with me. Yet ever since watching the US presidential debate last Wednesday, I have been obsessing about what Jane would have to say about it, prompting me to break my previous silence on the subject. I doubt I will ever bring it up again, so if I offend today, please forgive me. A difference of opinion today should have no bearing on our future happy relations.

My goal is not to endorse a candidate; I really have no desire to open that can of worms. But Austen provides rather precise criteria for judging character, and it is those standards that I want to apply to Obama and Romney. Over and over again in her novels, Austen emphasizes the importance of weighing what a person professes against their action to determine trustworthiness. For example, Anne Elliot's mistrust of Mr. Elliot stems from the discrepency between his past and present actions:


Though they had now been acquainted a month, she could not be satisfied that she really knew his character. That he was a sensible man, an agreeable man, that he talked well, professed good opinions, seemed to judge properly and as a man of principle, this was all clear enough. He certainly knew what was right, nor could she fix on any one article of moral duty evidently transgressed; but yet she would have been afraid to answer for his conduct. She distrusted the past, if not the present.

And when Elizabeth Bennet struggles to determine who to believe, Mr. Darcy or Mr. Wickham, it is the latter's inconsistent behavior that determines her against him:


She remembered that he had boasted of having no fear of seeing Mr. Darcy -- that Mr. Darcy might leave the country, but that he should stand his ground; yet he had avoided the Netherfield ball the very next week. She remembered also, that till the Netherfield family had quitted the country, he had told his story to no one but herself; but that after their removal, it had been every where discussed; that he had then no reserves, no scruples in sinking Mr. Darcy's character, though he had assured her that respect for the father would always prevent his exposing the son.

Over and over again, Austen distinguishes bad characters from the good by exposing their hypocrisy. When Isabella Thorpe writes to Catherine Morland, asserting all that her actions negate,  the letter's "inconsistencies, contradictions, and falsehood struck her from the very first." Catherine later says, "She must think me an idiot," a very reasonable conclusion to come to when a person expects you to have no memory of their past statements and actions. Isabella is a perfect example of this phenomenon in Austen, for she is constantly saying one thing before doing the other. Lucy Steele is another such character, always maneuvering through falsehood, as in this scene where she tries to extinguish Elinor Dashwood's interest in Edward Ferrars by saying precisely the opposite of what she feels:


"Indeed you wrong me," replied Lucy, with great solemnity; "I know nobody of whose judgment I think so highly as I do of yours; and I do really believe, that if you was to say to me, 'I advise you by all means to put an end to your engagement with Edward Ferrars, it will be more for the happiness of both of you,' I should resolve upon doing it immediately."

Elinor blushed for the insincerity of Edward's future wife, and replied, "This compliment would effectually frighten me from giving any opinion on the subject had I formed one. It raises my influence much too high; the power of dividing two people so tenderly attached is too much for an indifferent person."

"'Tis because you are an indifferent person," said Lucy, with some pique, and laying a particular stress on those words, "that your judgment might justly have such weight with me. If you could be supposed to be biased in any respect by your own feelings, your opinion would not be worth having."


So when we listen to two men debate, especially when we can so easily look back and see what they have said and done in the past, we should ask ourselves if they pass the Austen test. Are we listening to an Isabella Thorpe, so certain that we will believe anything and everything, no matter how contradictory, or is the speaker more like a Mr. Darcy? Maybe he does not always behave exactly as we would like, but he is true to himself and therefore trustworthy. I like what Emma Woodhouse says of Frank Chruchill, once his deception is revealed: "So unlike what a man should be!--None of that upright integrity, that strict adherence to truth and principle, that disdain of trick and littleness, which a man should display in every transaction of his life."

As I listened to the debate Wednesday night, I heard much to frustrate me from both candidates (they are politicians, after all), but while one emphasized pretty much the same themes and ideas espoused 4 years ago, the other denied several of the main points he has been campaigning on for two years or more. As I watched, I could see Jane Austen in my mind's eye, an amused smirk on her face as she shook her head disapprovingly. Certainly there is no love affair between the two gentlemen, but I think Mr. Obama must have felt something like Marianne Dashwood that night, when she confronts Willoughby in London: "Here is some mistake I am sure--some dreadful mistake. What can be the meaning of it?"