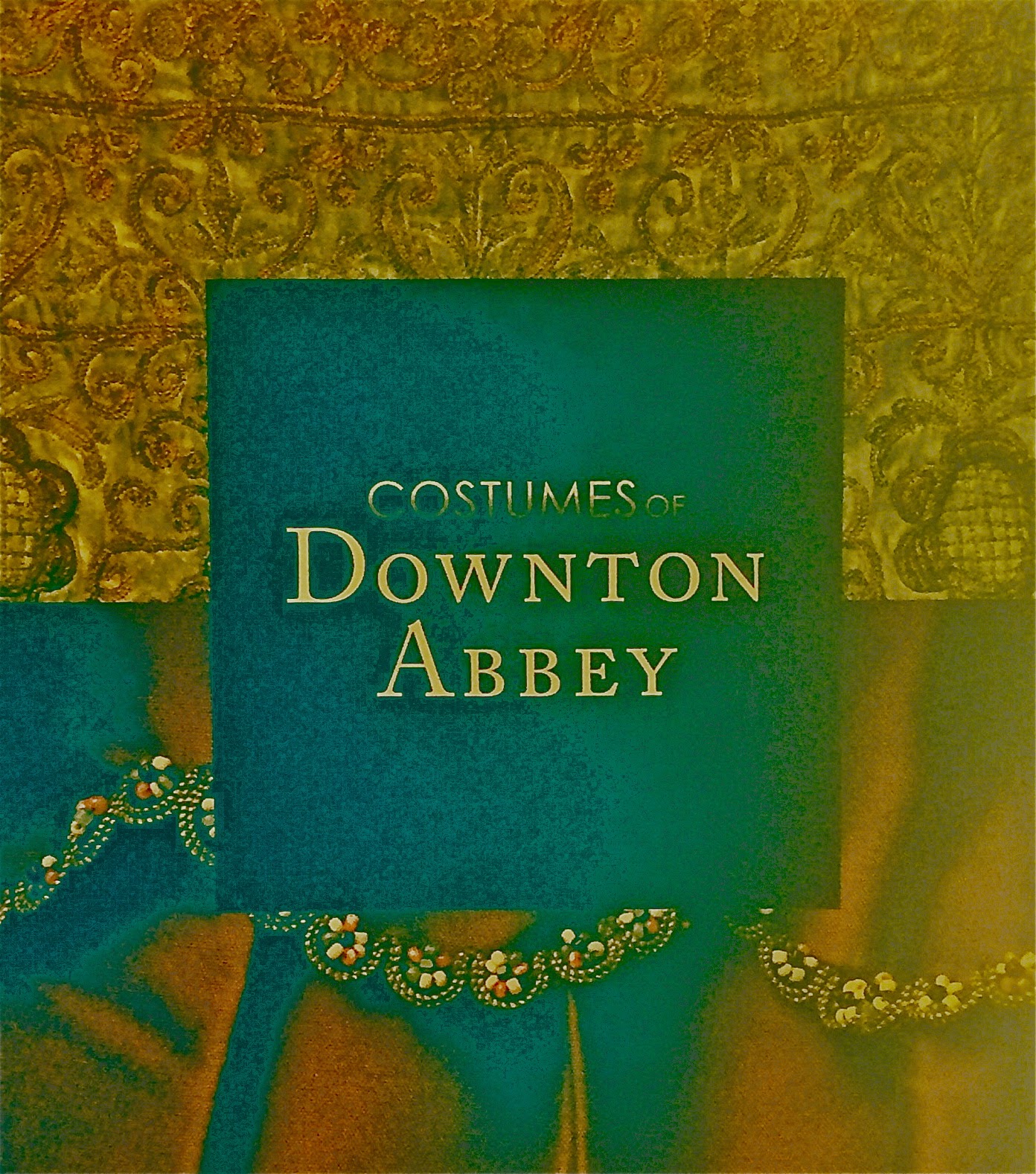 As some of you may know, I live smack in the middle of what I often call Dupont land. The nearby schools bear the name, I get superseded in the supermarkets by persons with the name, and their massive homes, gardens, and factories dominate tourism and industry in the area. Welcome to Wilmington, DE. I think it's about as close as you can come to living on a great English estate of the 19th century in 21st century America. We are all, in some manner, dependent on the Duponts.

There are perks to this set up, and one of the best is Winterthur Museum, Garden, and Library, a mere five minutes up the road, and home to the premier collection of decorative arts in North America. It just so happens to also be the first stop (it was slated to be the only) of the Downton Abbey costume collection in the country. My family enjoyed a lovely day at the mansion last Saturday, dining on Downton inspired foods and enjoying a peek at some of the exquisite costumes from the show. I do wish they had catered a bit more to the historical context, or the costume making process. Instead of showing clips from the story (they had Mary and Matthew's engagement moment from the season two Christmas special playing on a constant loop), they might have shown the costumers at work or explaining their art. It would have enhanced the exhibit for me, but no supplementary material can alter the exquisite nature of the costumes. In so many ways, they speak for themselves.

The exhibit was (theoretically) organized by time of day, starting with the servants rising at dawn and continuing into the evening with fabulous dinner dresses. The patterns and embellishments appear far more elaborate in real life than on screen, as they are designed to create texture that can barely be seen but nevertheless enhances the atmosphere of the show. Often real vintage pieces are incorporated into the costumes (the designers only have eight weeks to put them all together), and many are inspired the original Lanvin creations of the day. I took a multitude of terrible pictures, wanting to record the fairly elaborate pattern of Anna's calico and the lace on Mrs. O'Brien's costume, but I will only show you what I thought were the most spectacular costumes (and most tolerable pictures). 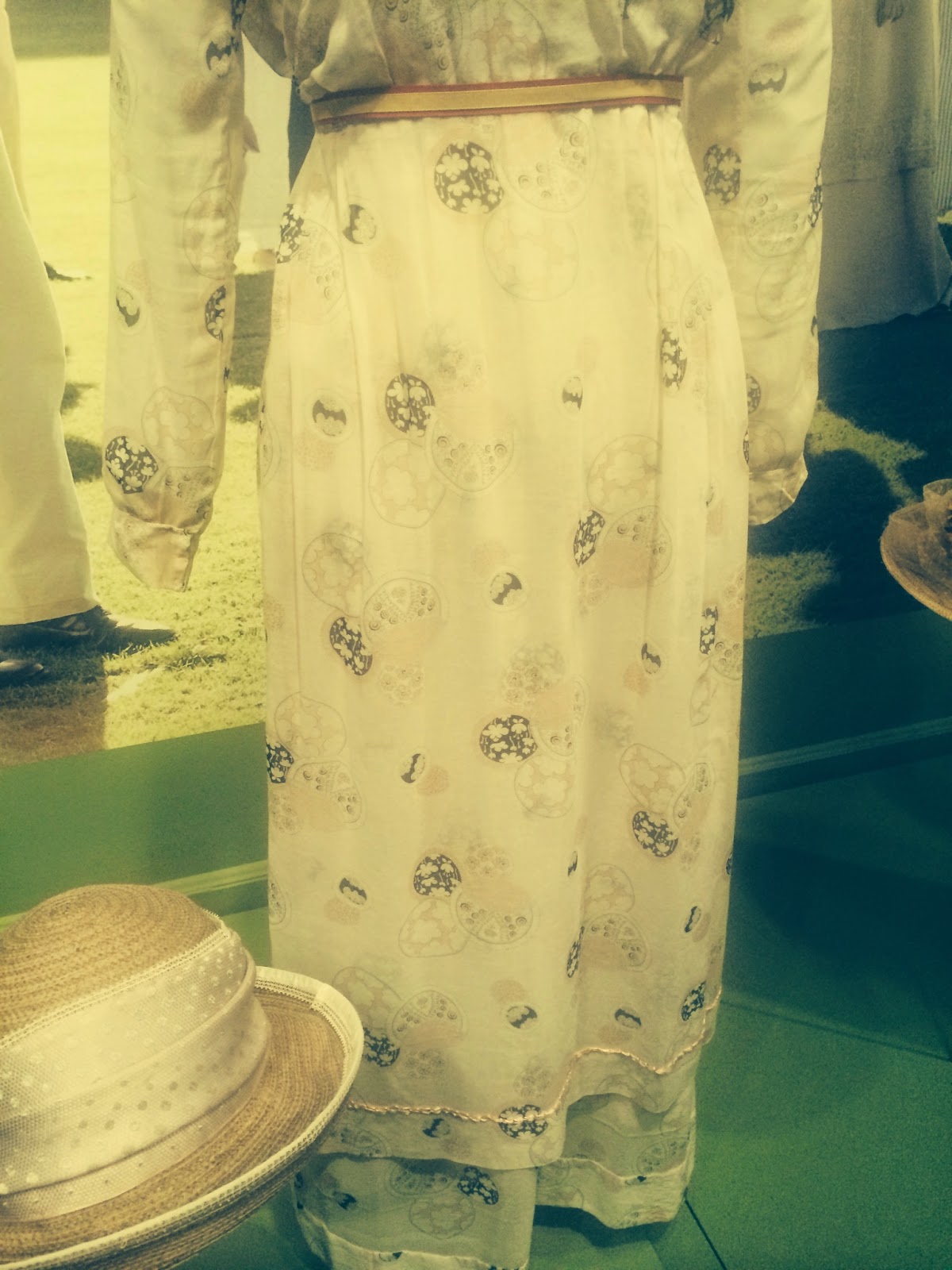 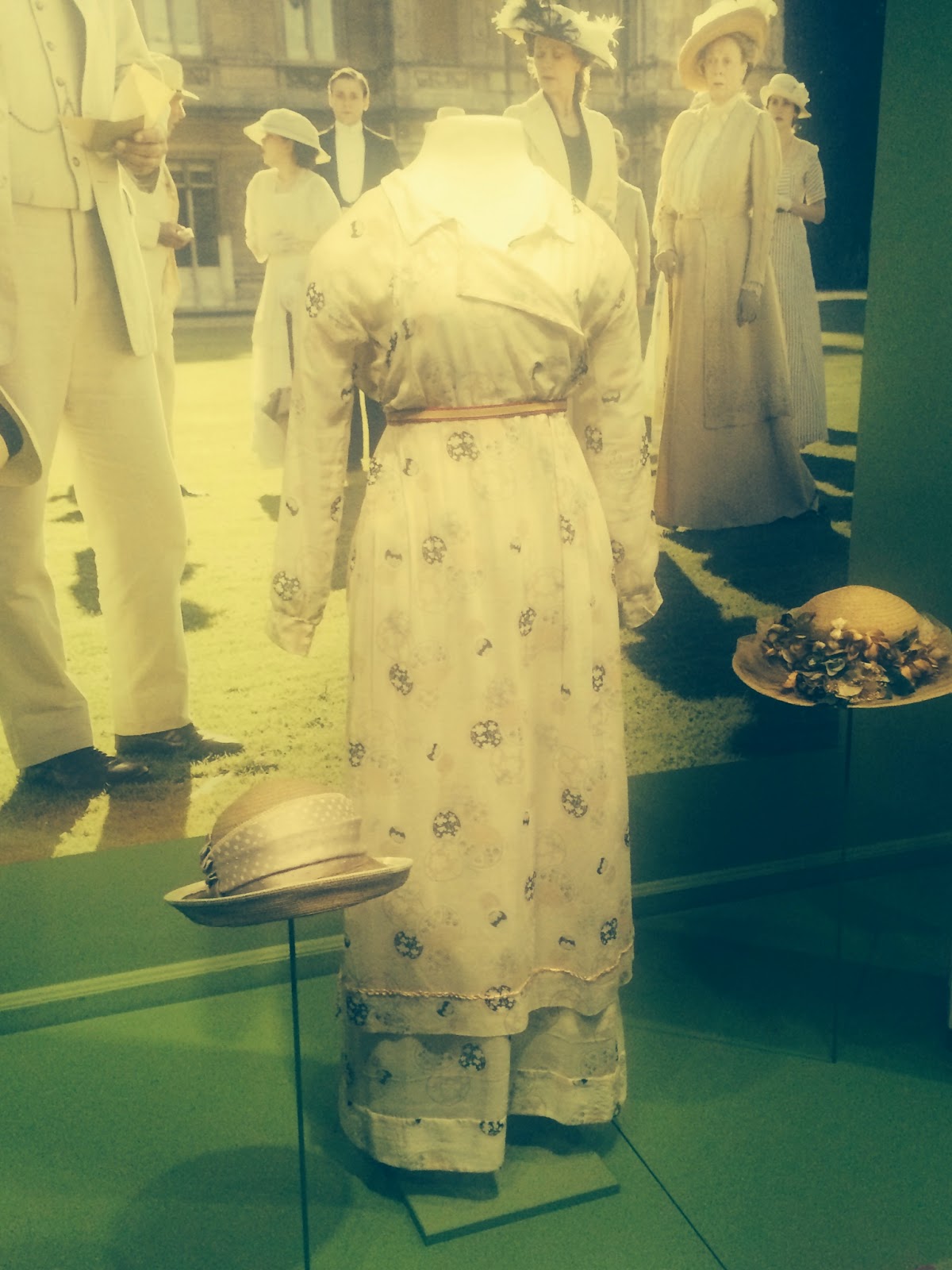 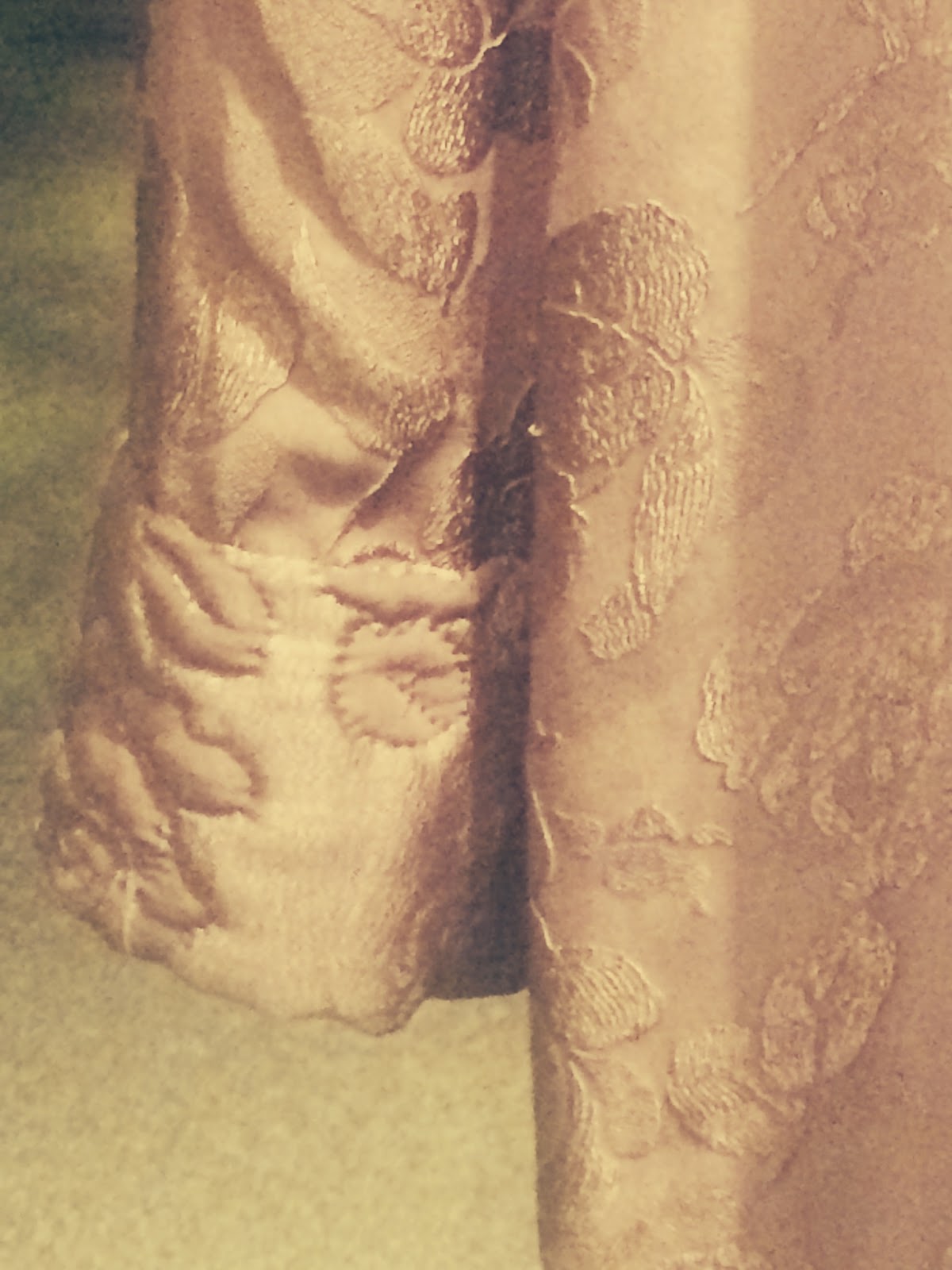 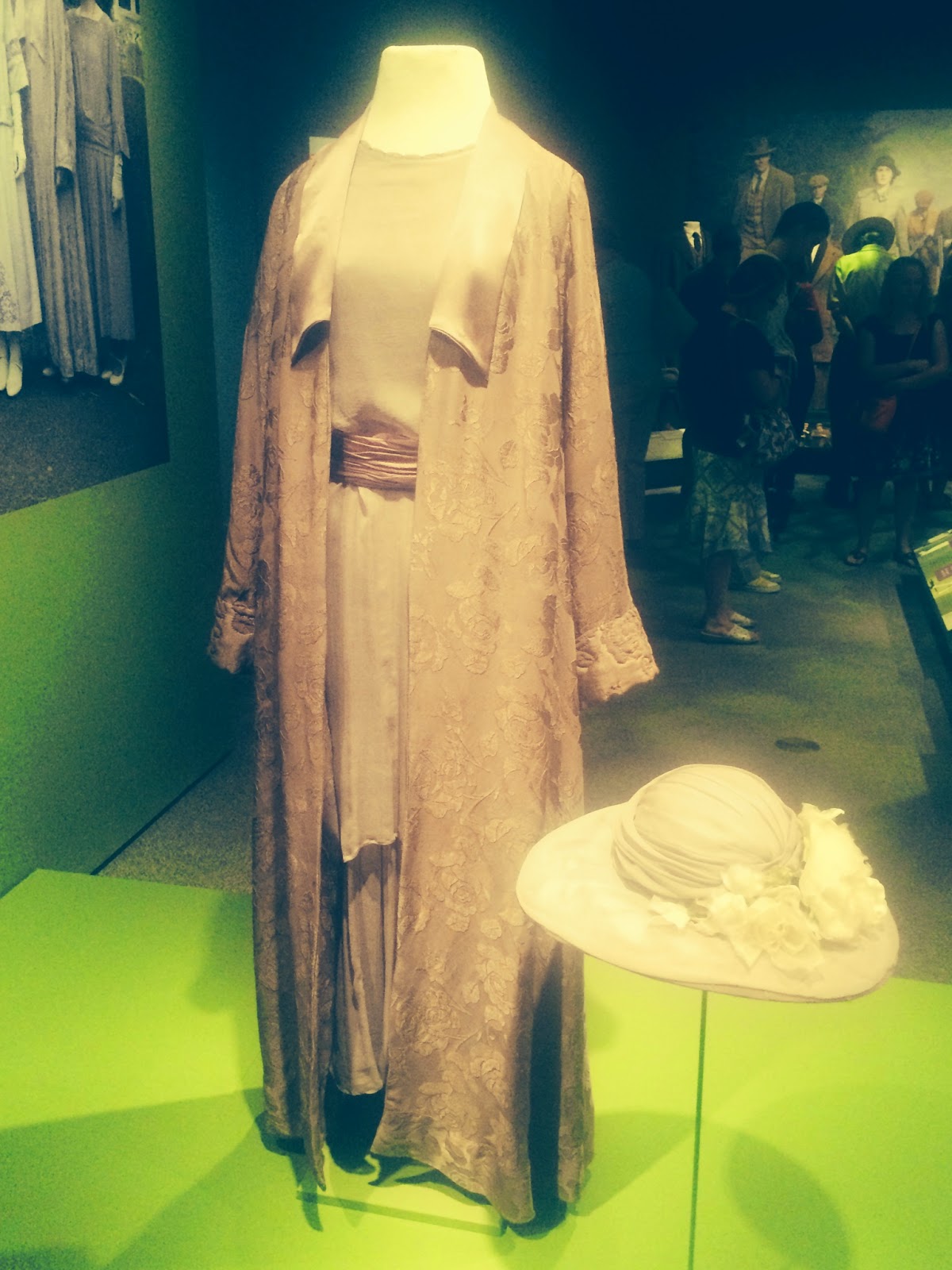 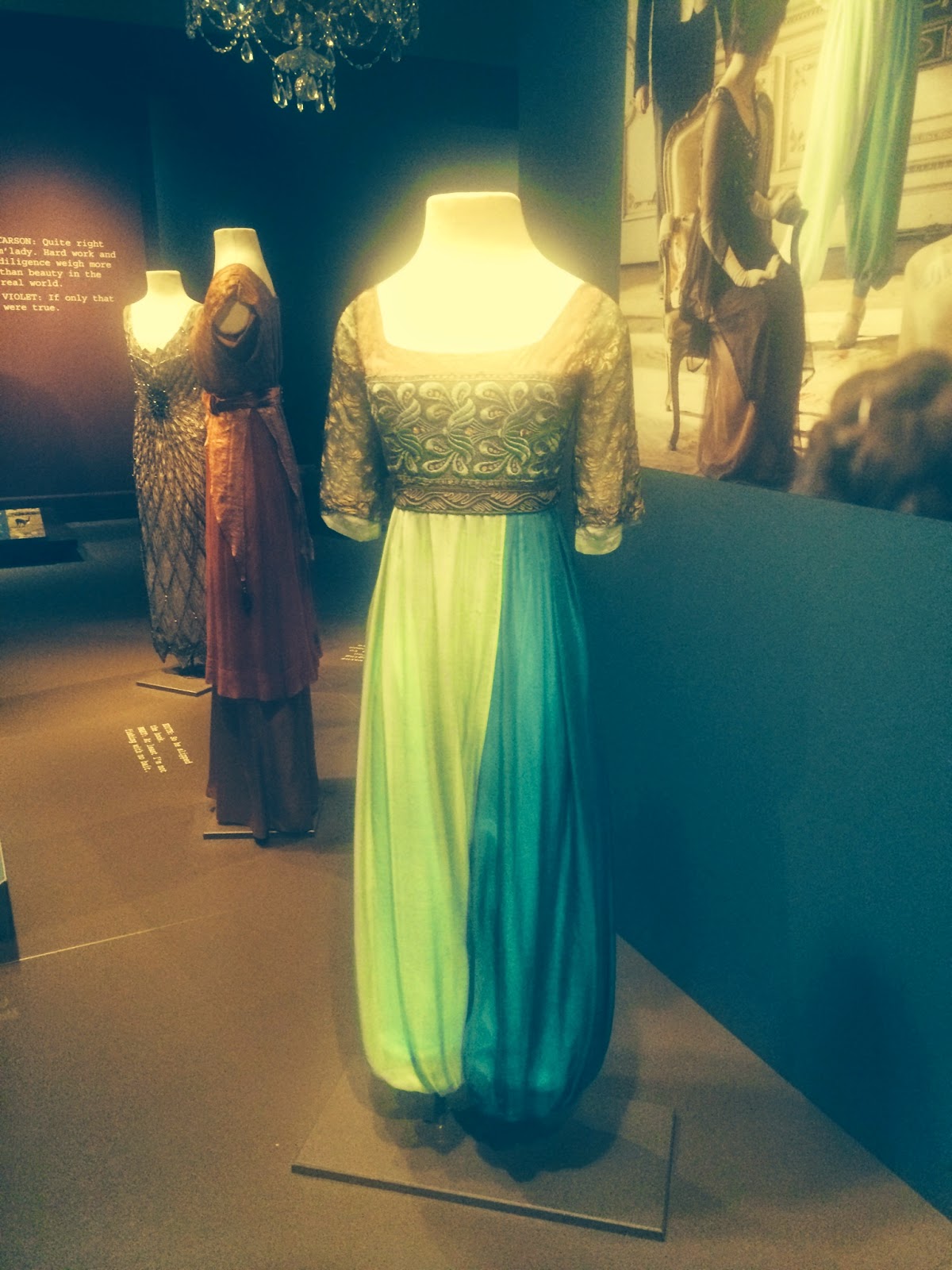 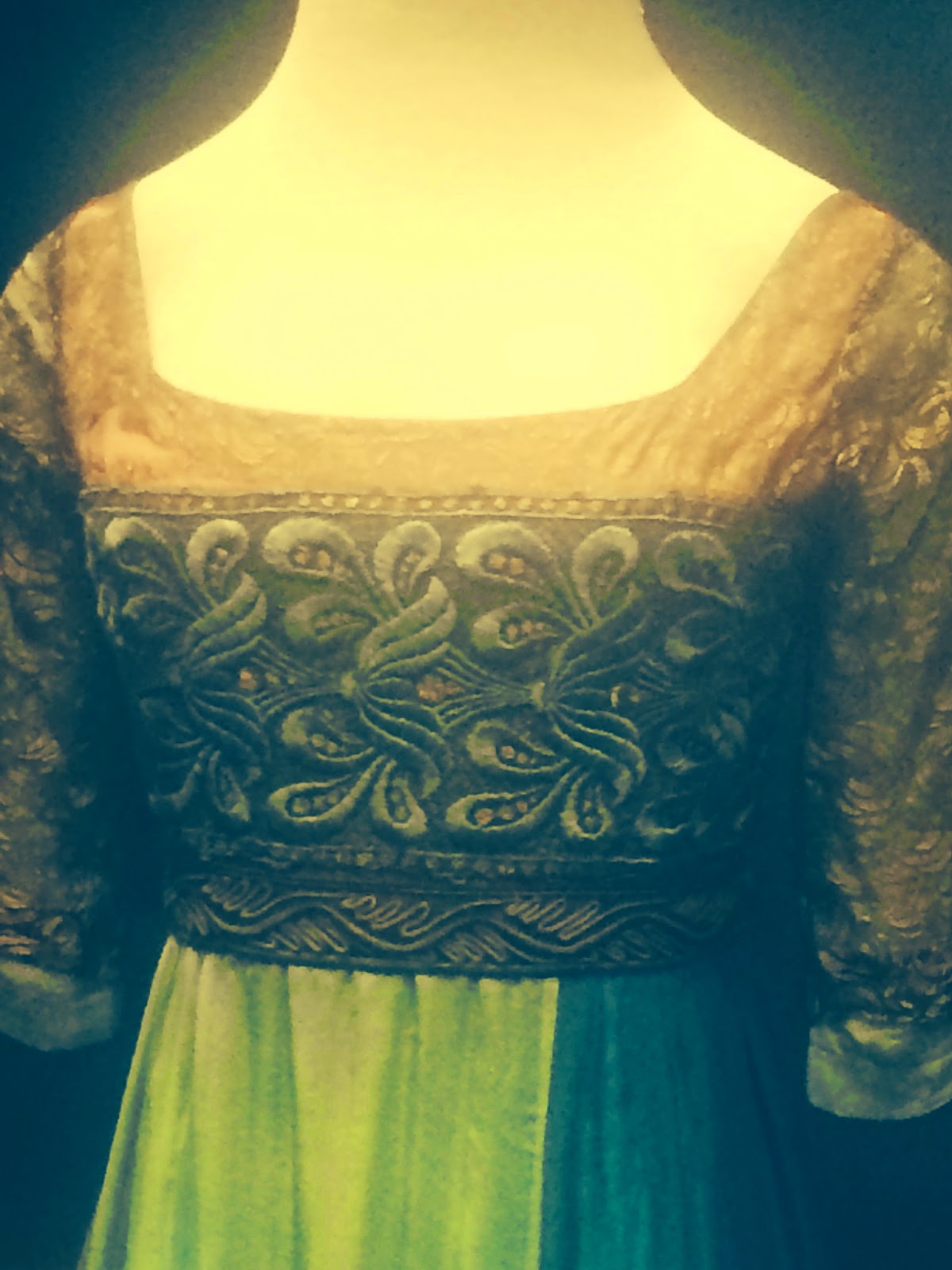 Lady Sybil's harem pants (she really had the most spectacular clothes) 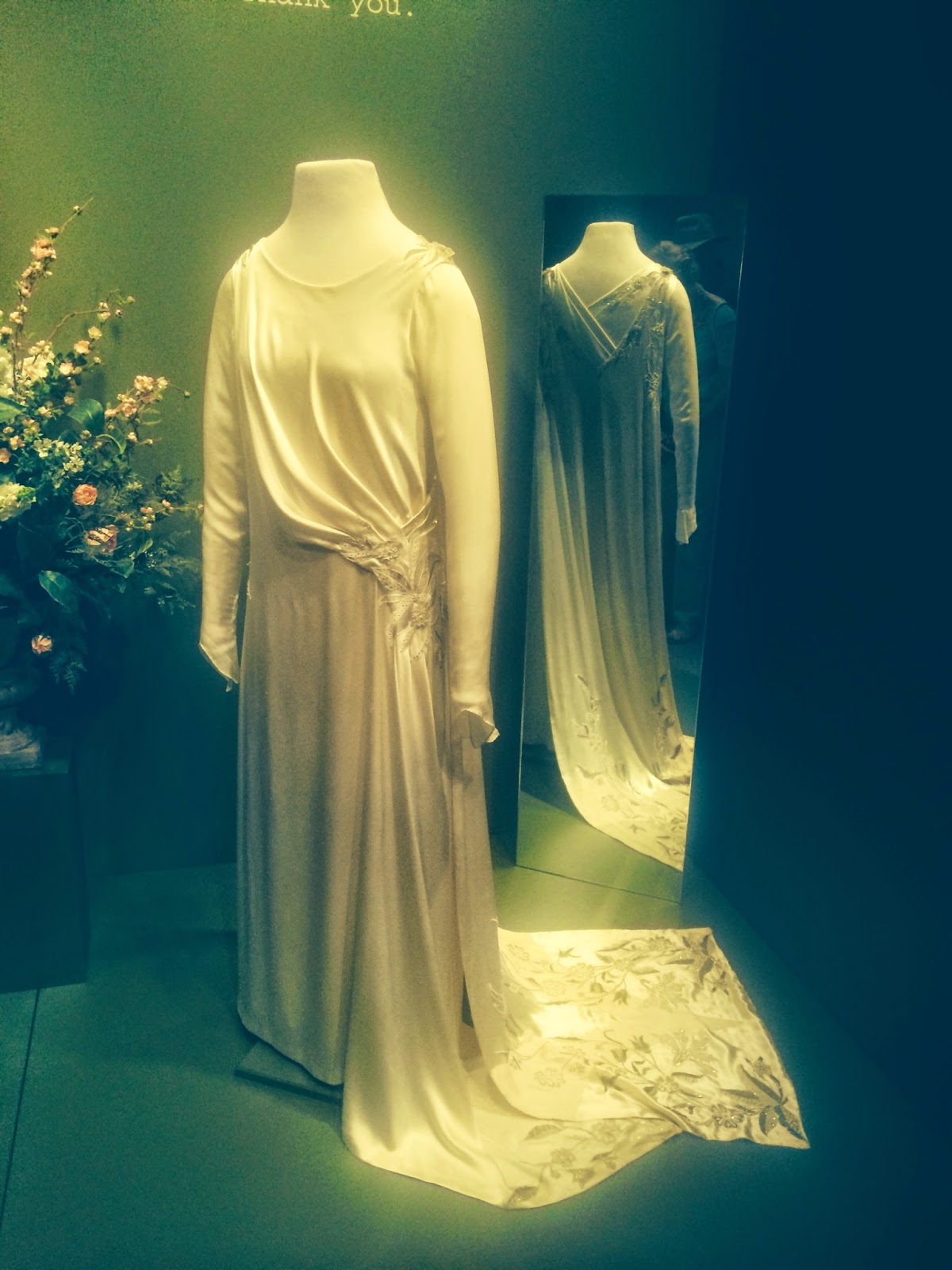 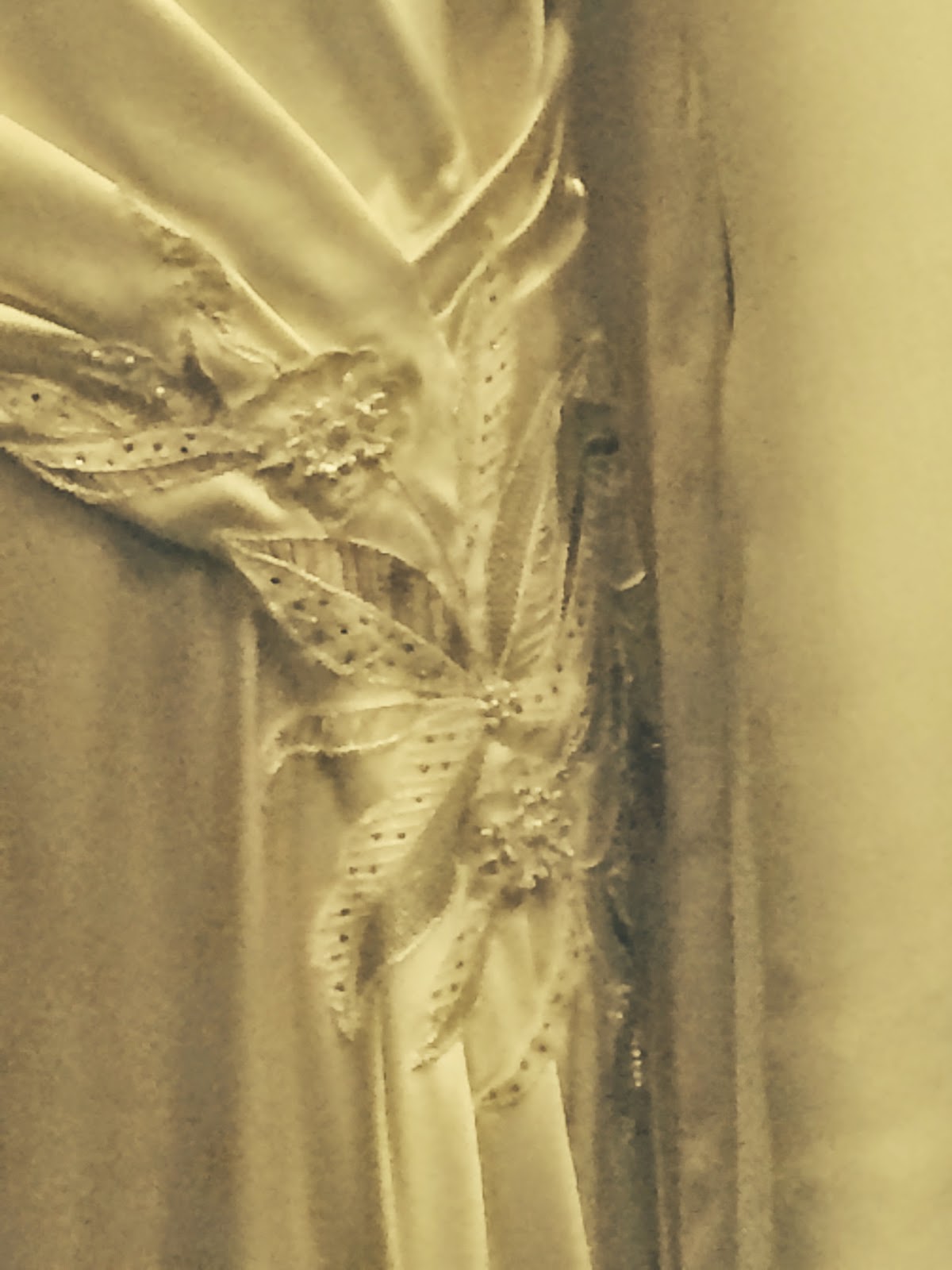 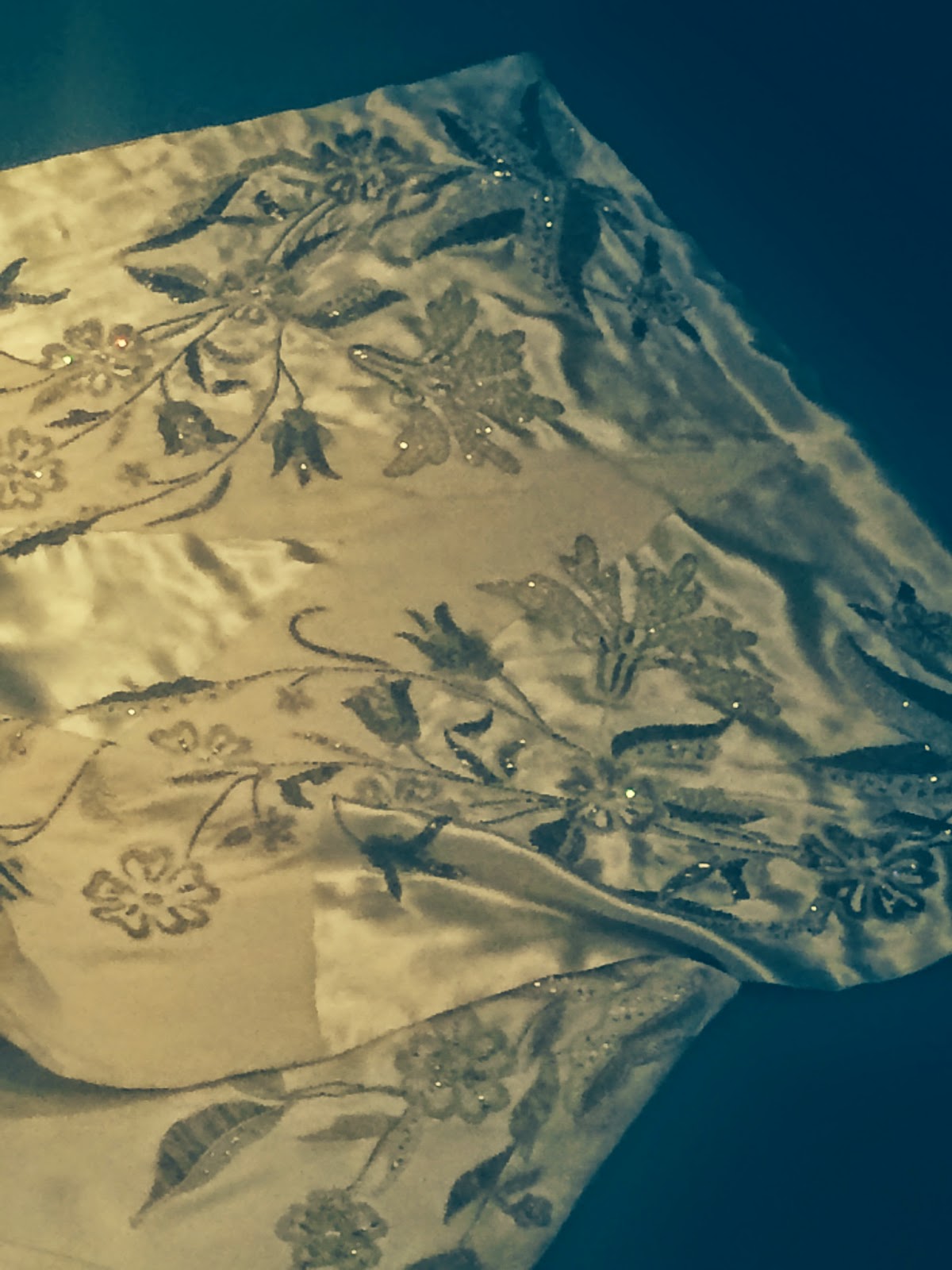 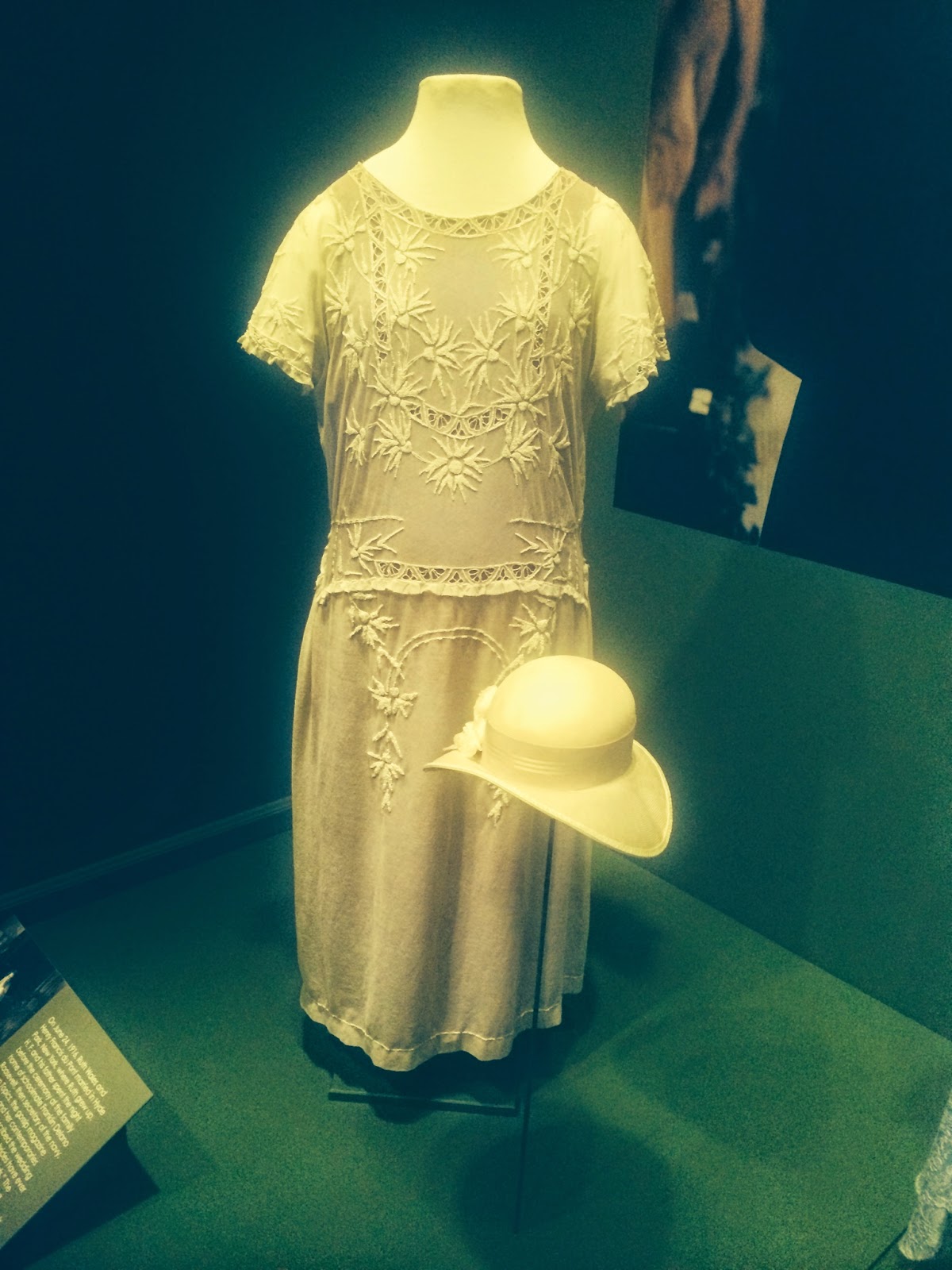 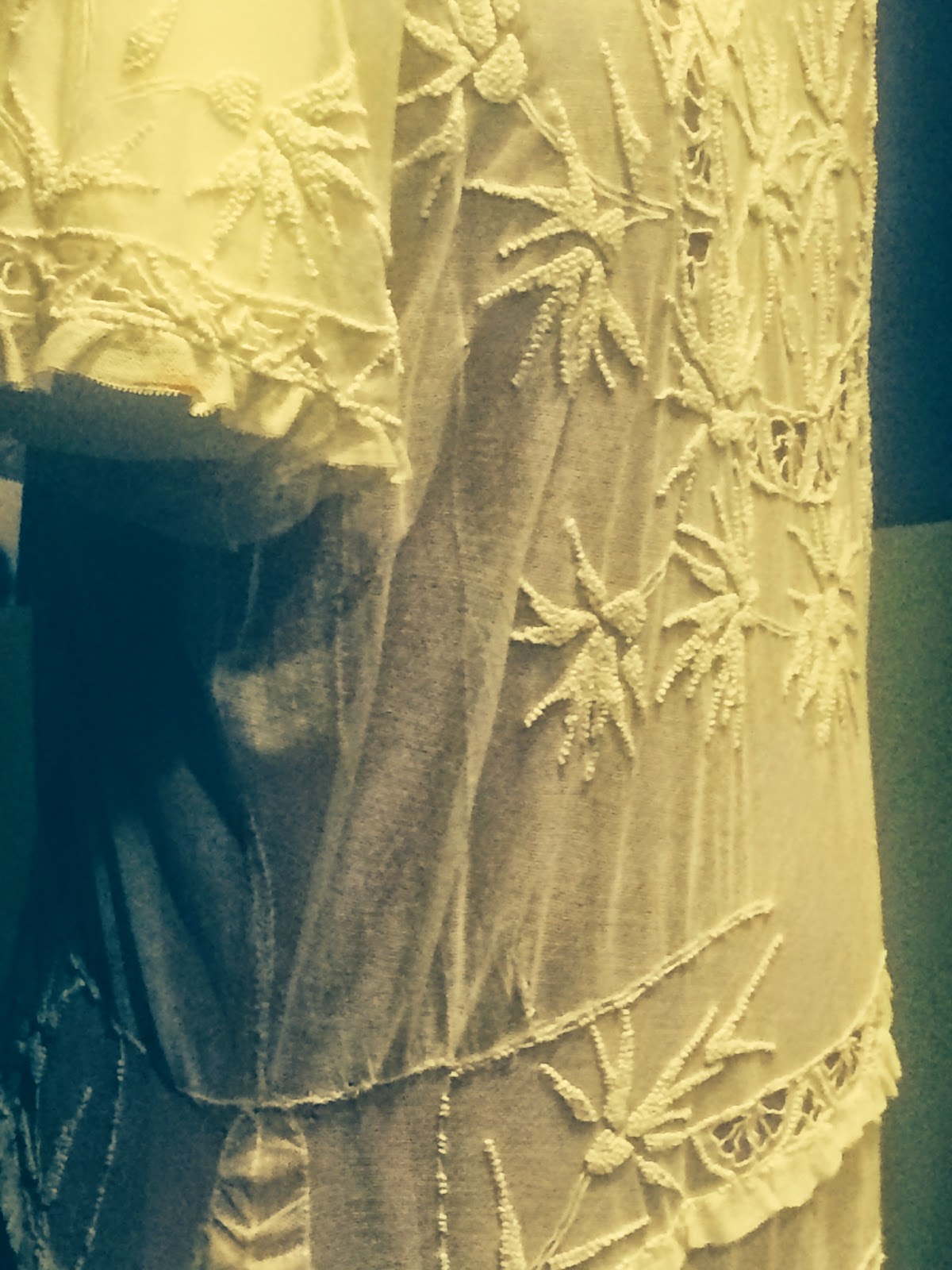 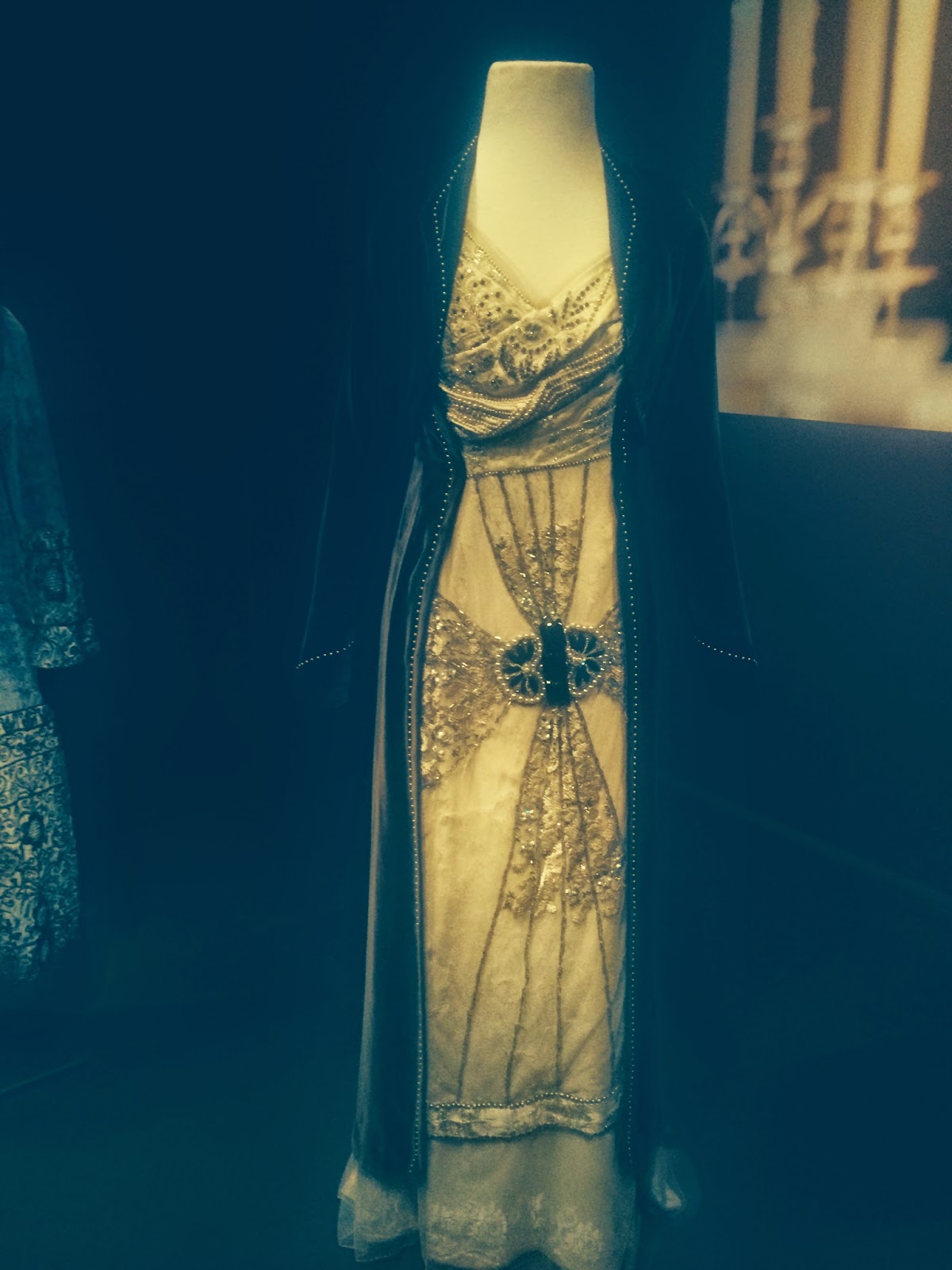 Gown worn by Cora with details 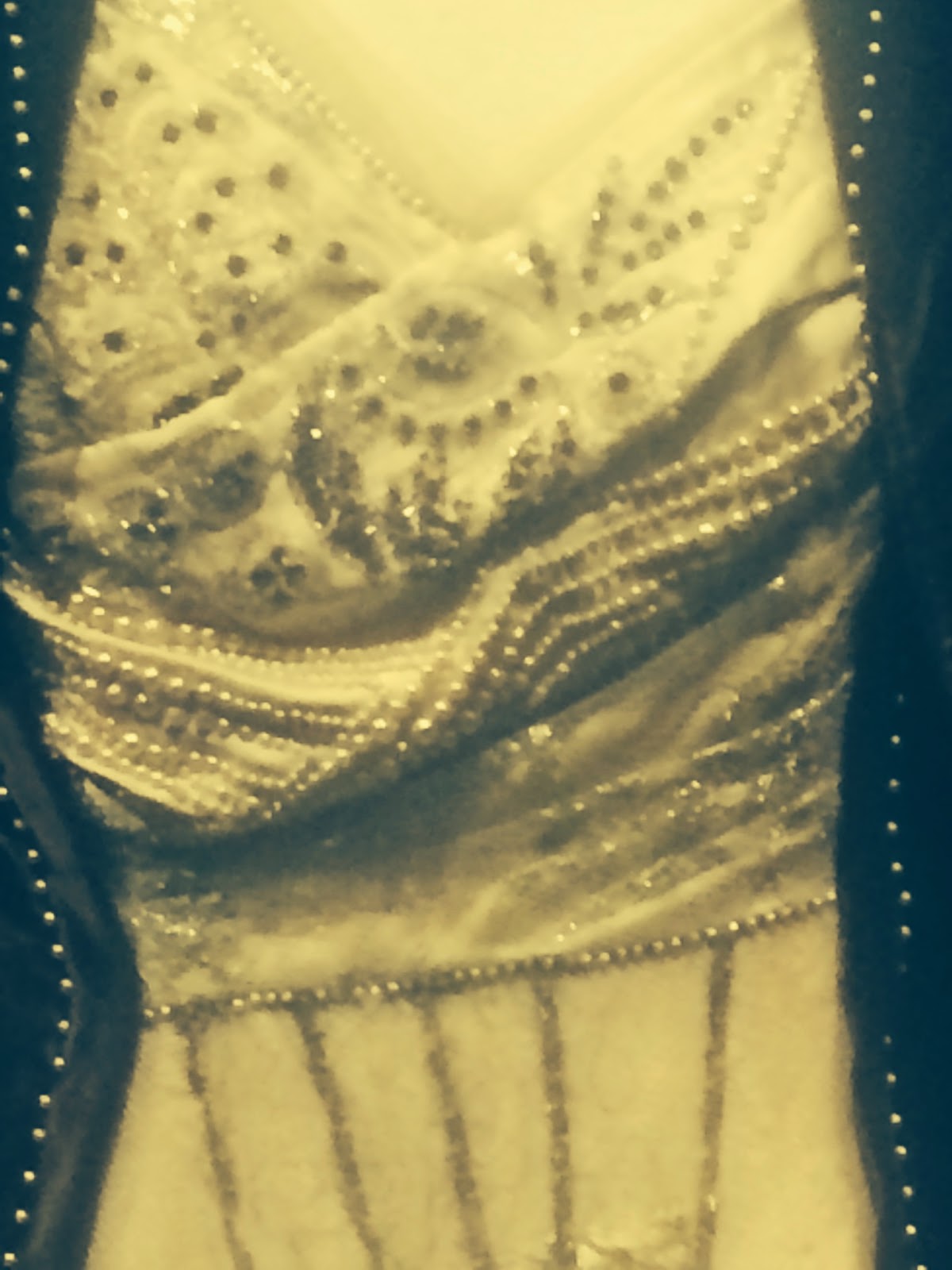 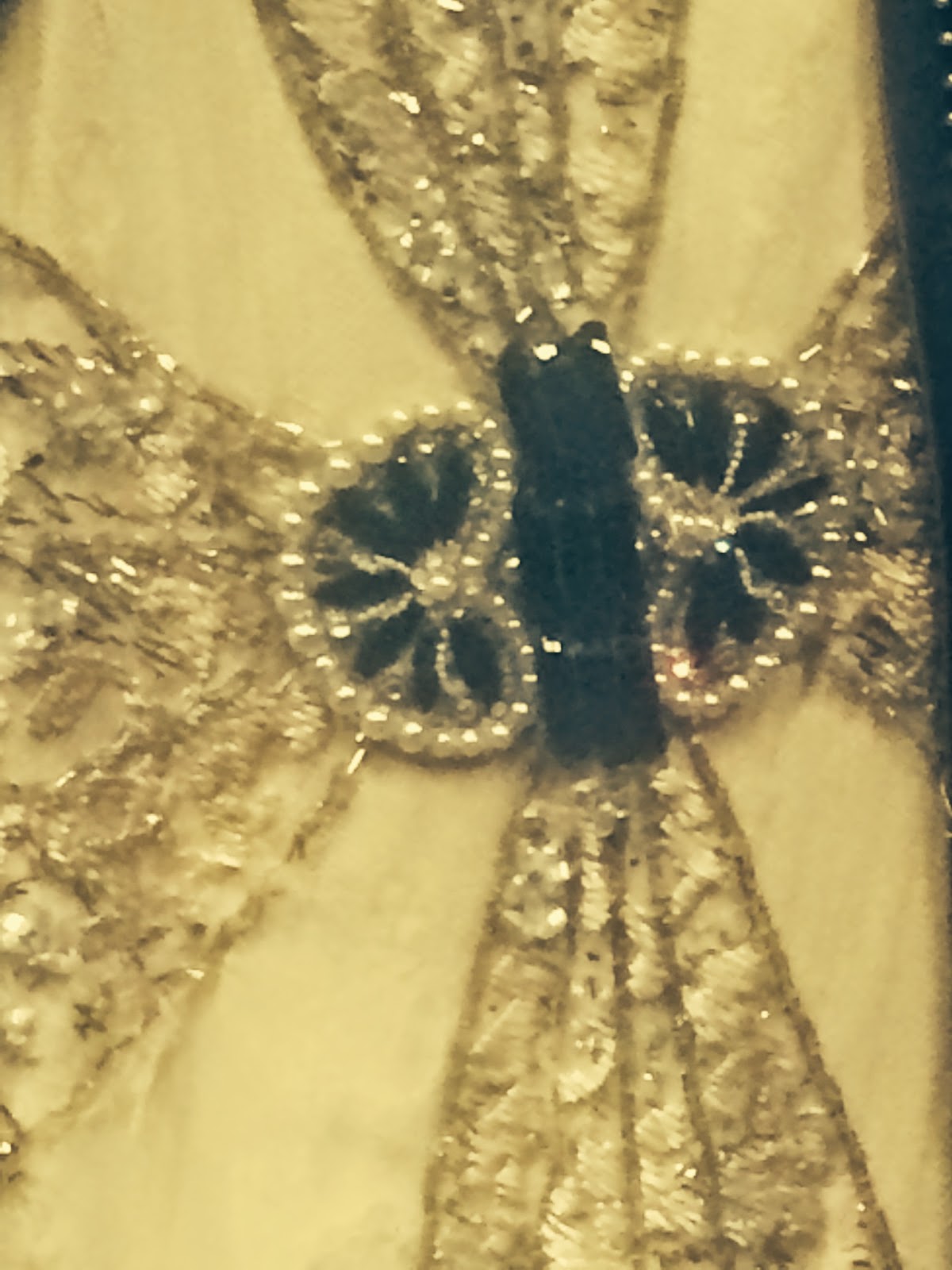 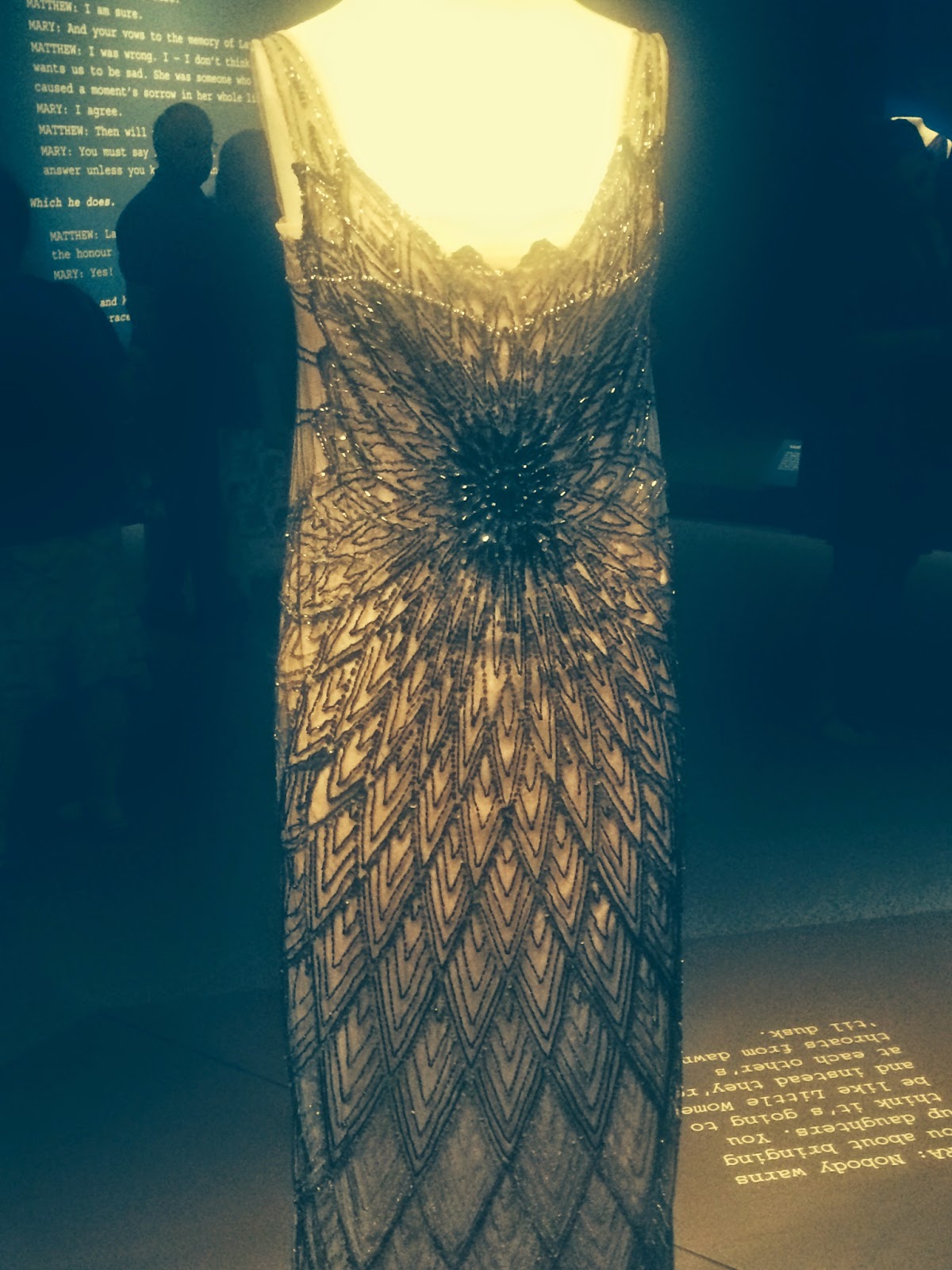 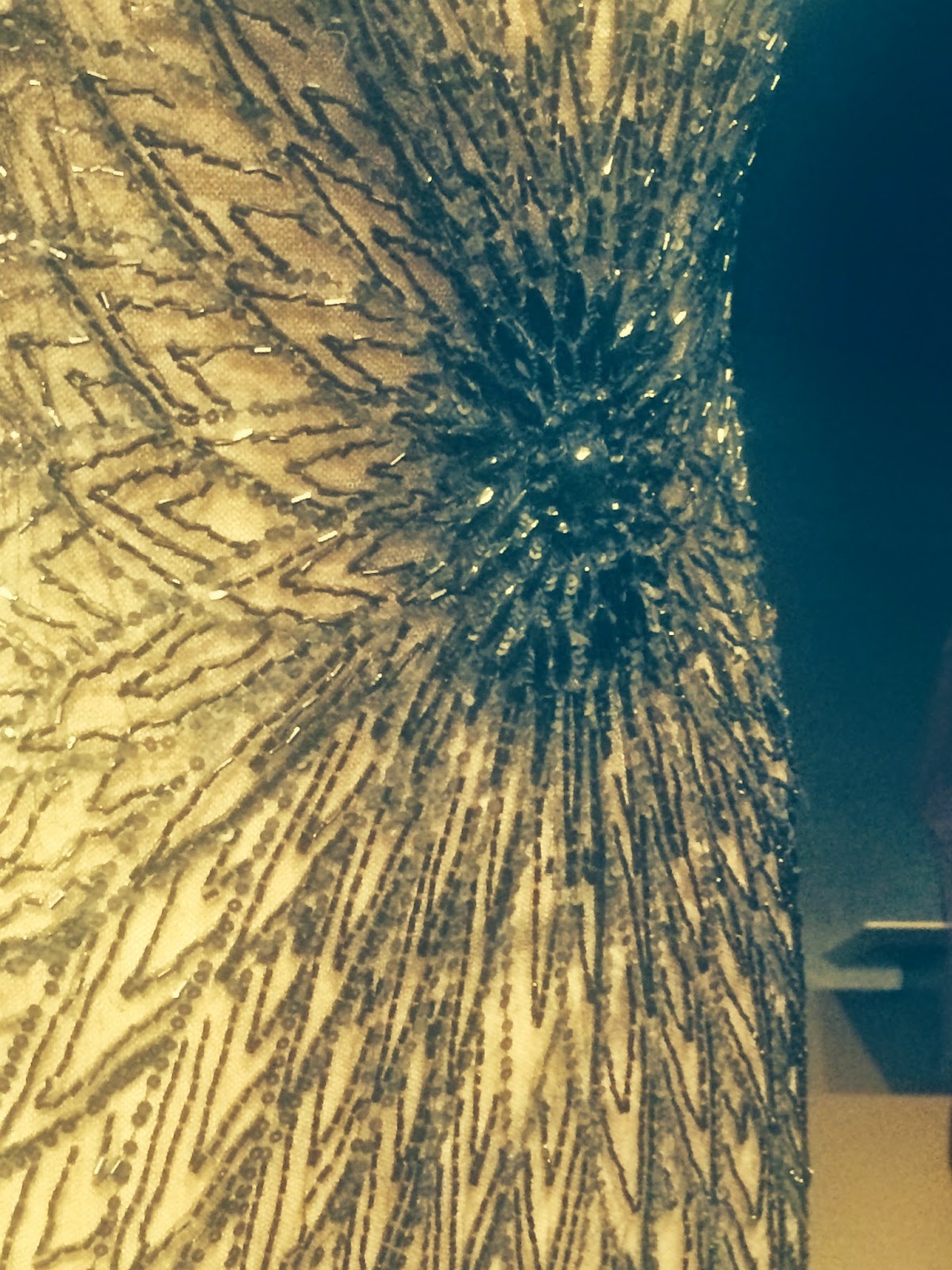 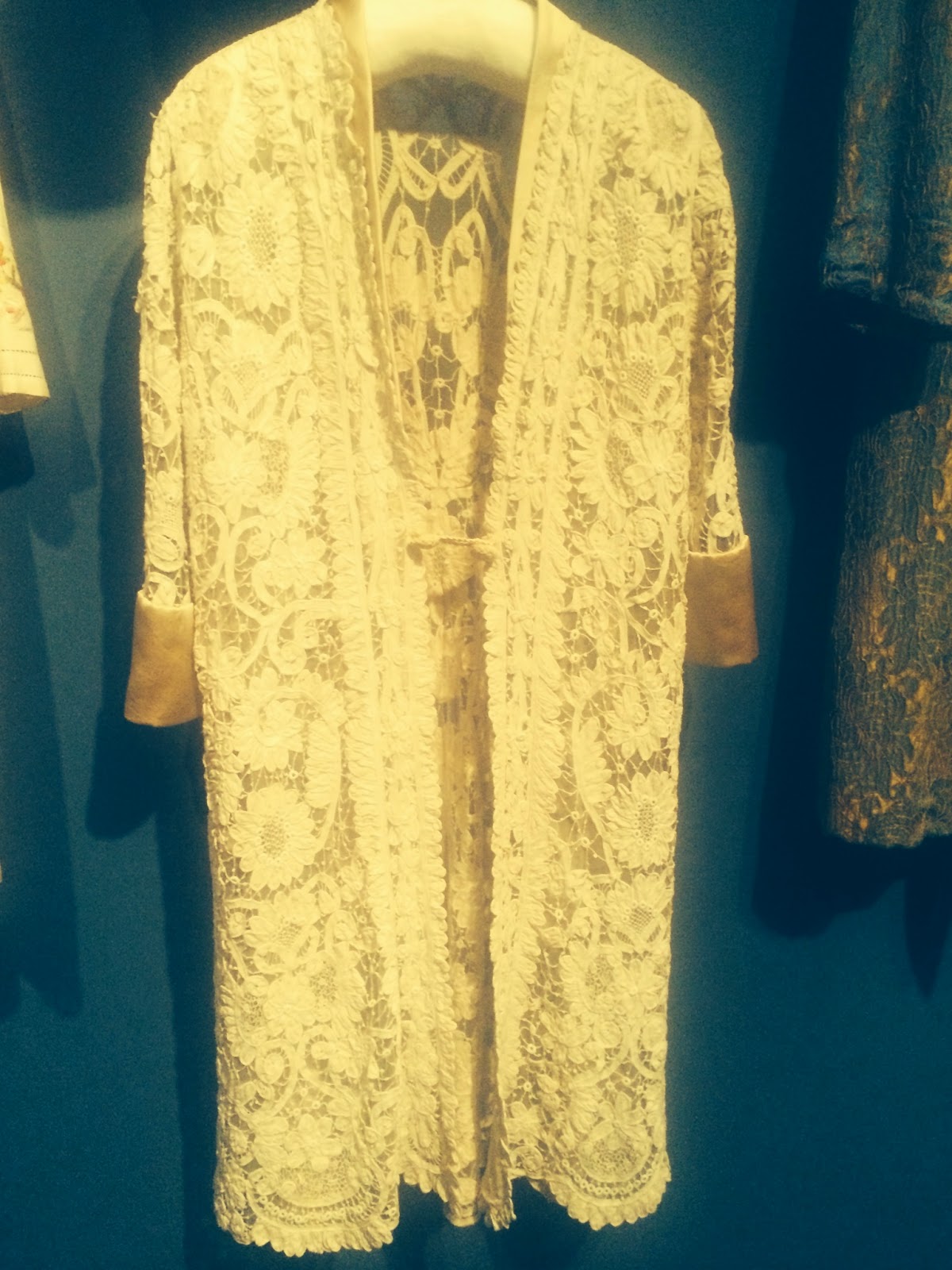 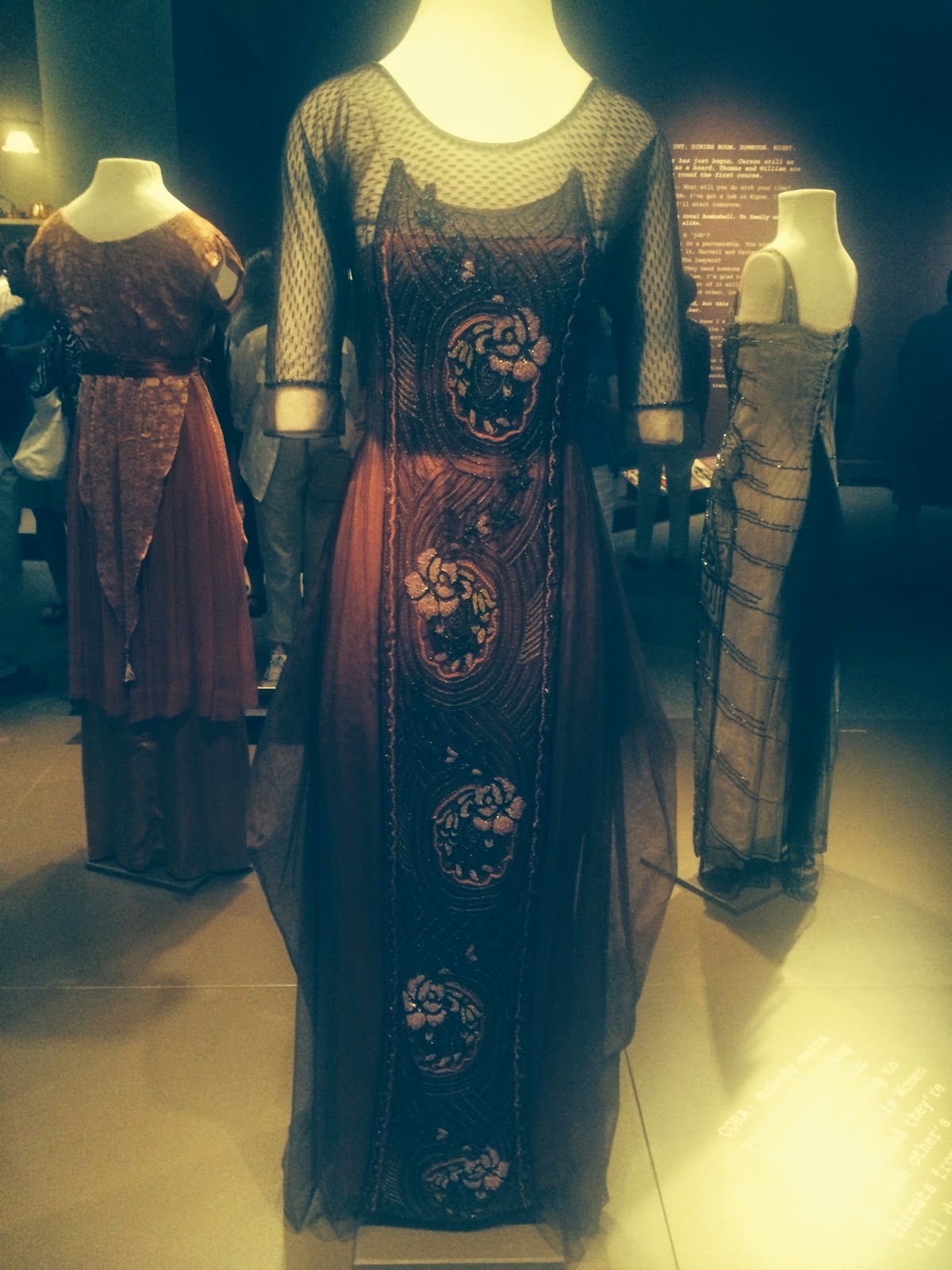 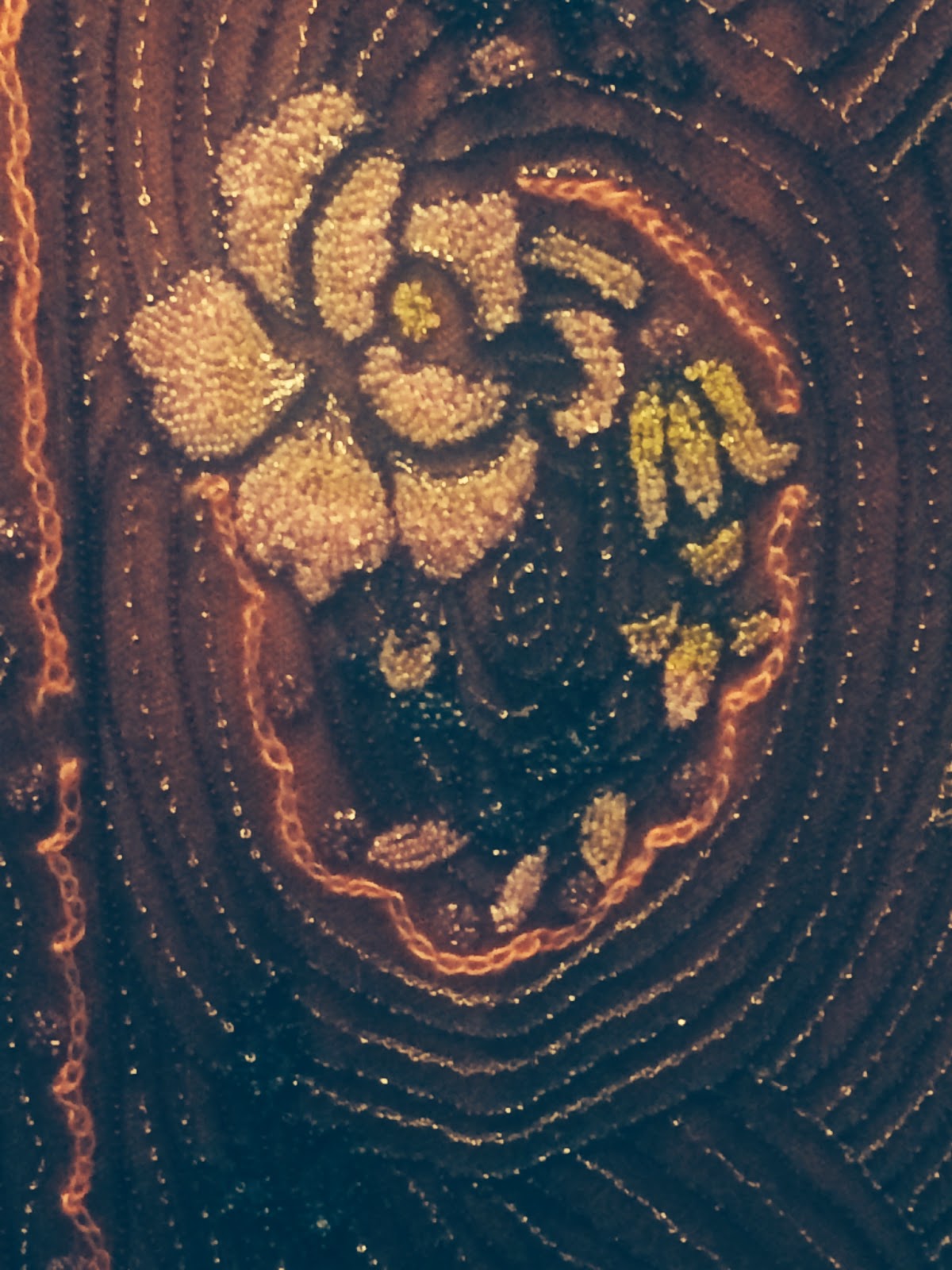 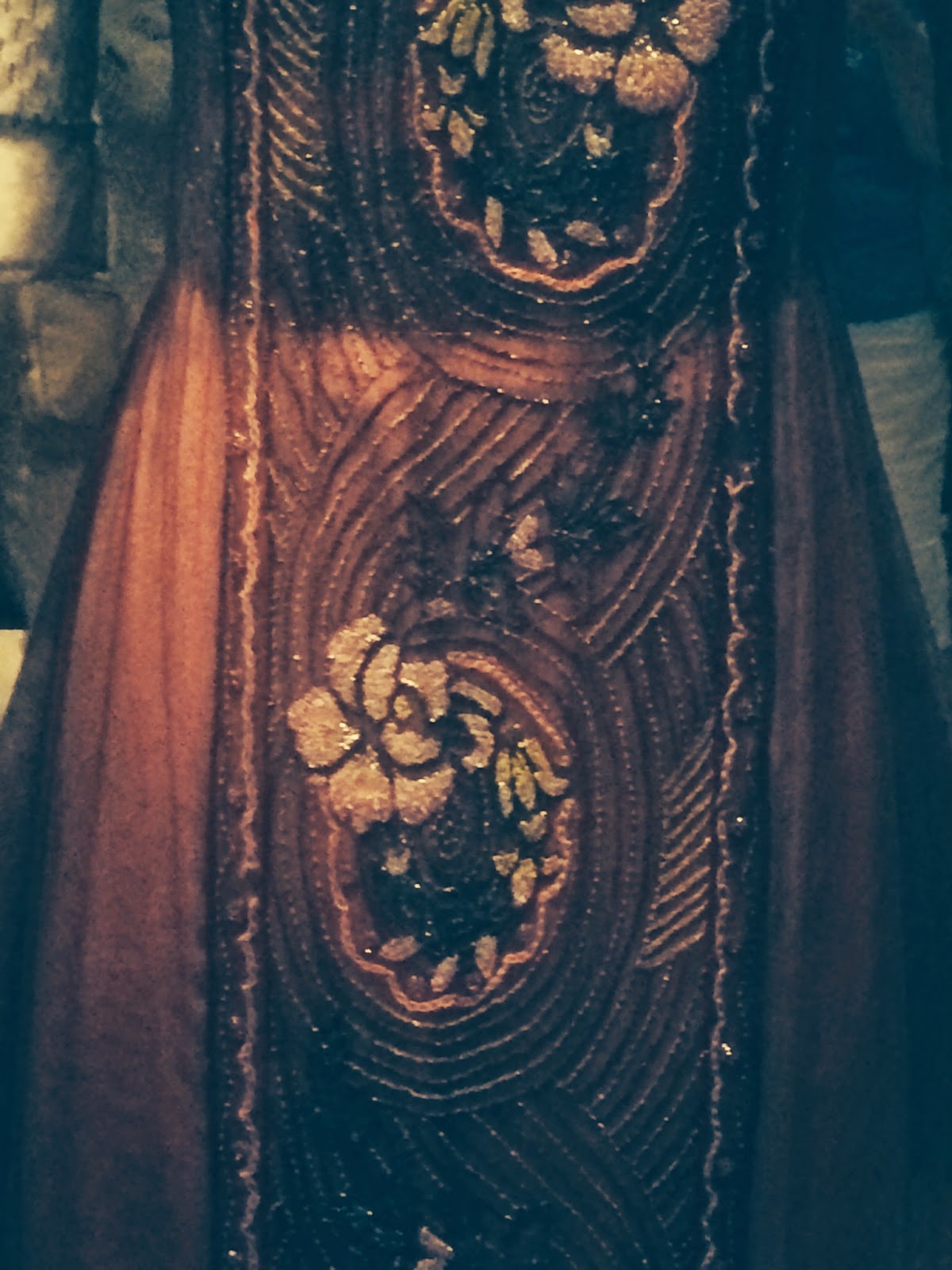 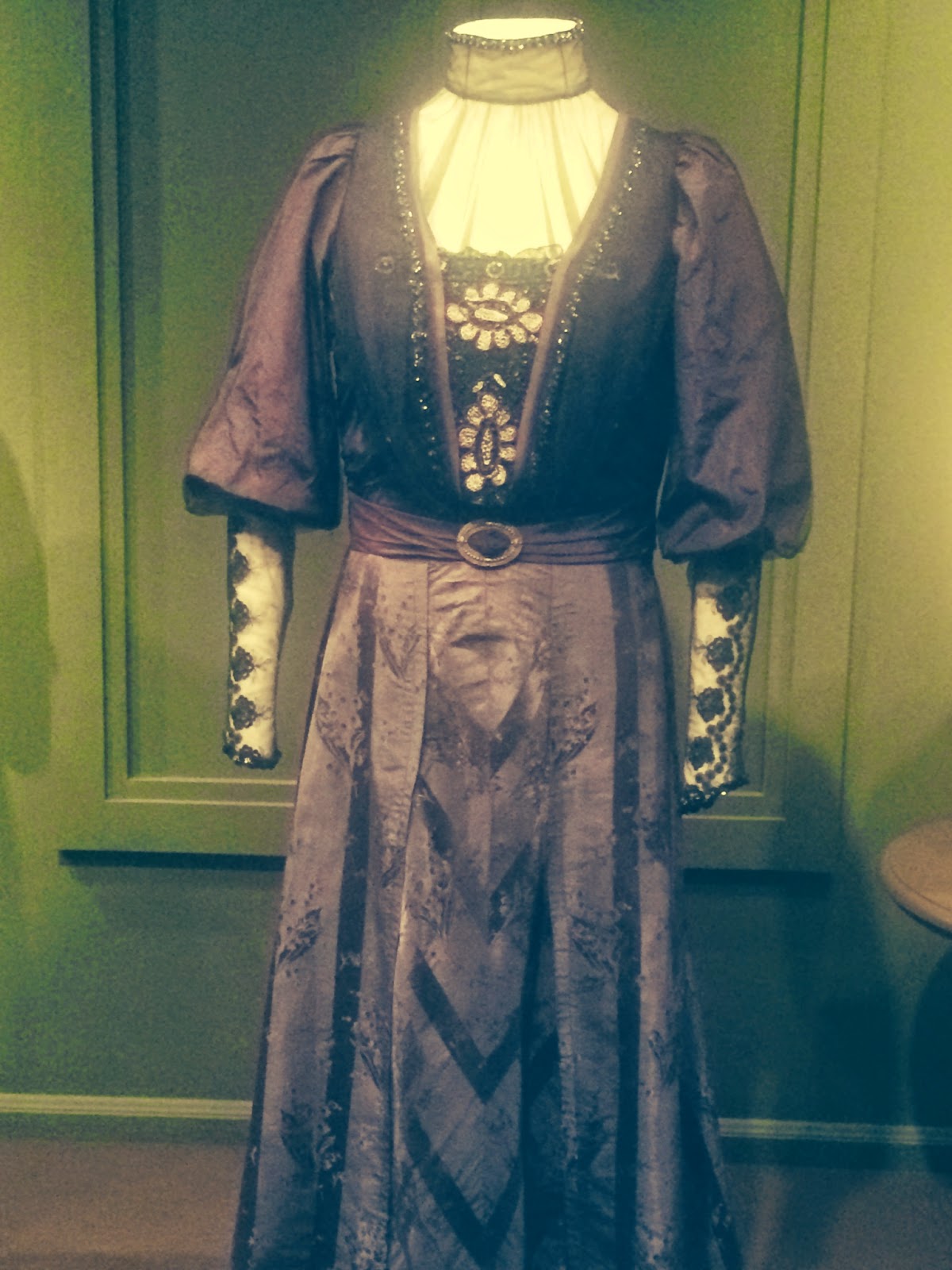 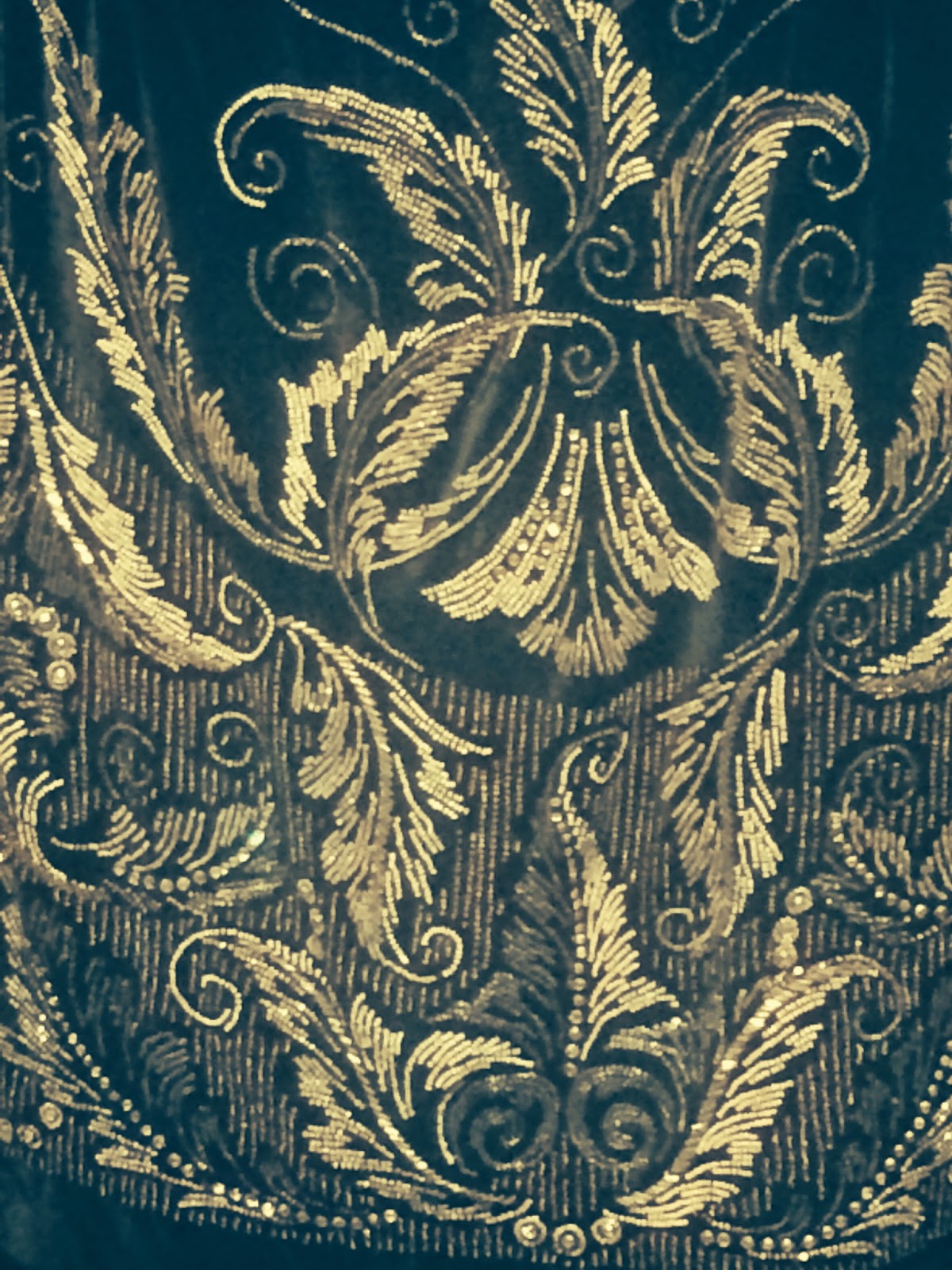 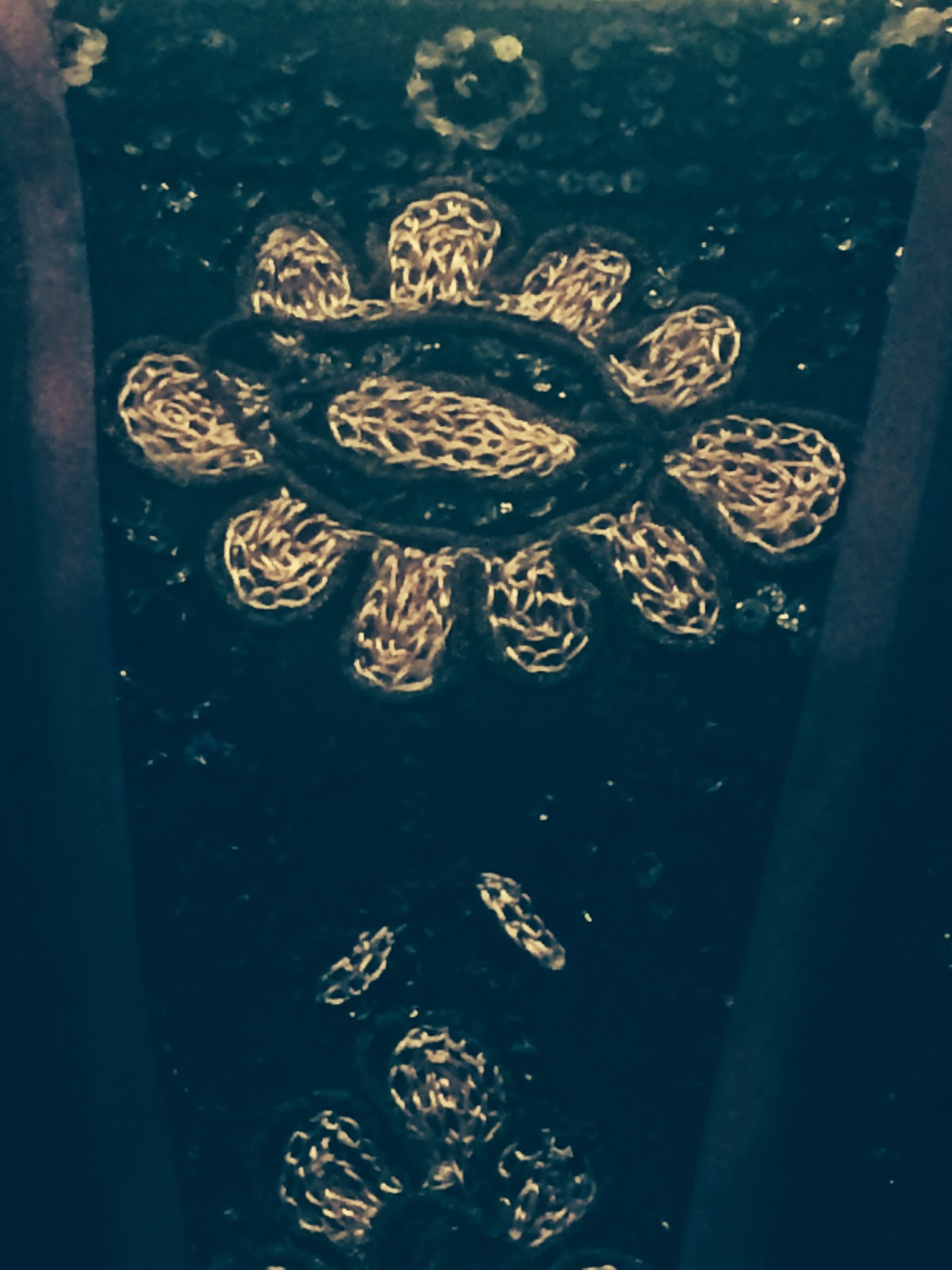 The exhibit runs through New Year's. It is wildly crowded, so book ahead! I saw many people who had driven hundreds of miles to get there turned away at the door. Be sure to also book your house tour in advance if you've never been to Winterthur before. The grounds are also fabulous.