Twisted Austen 2020: The Ladies of Norland 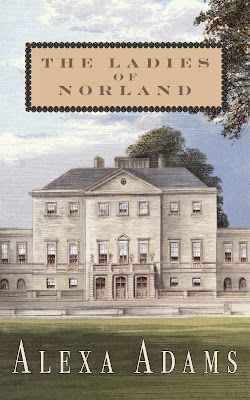 It's that time of year when I insist on overtaxing myself by writing a story that few will read and might prove detrimental to my career. Welcome to Twisted Austen, my annual event conceived in the spirit of Halloween but which really just serves to infuriate and confuse my fellow Janeites. That’s not being totally fair to myself. Some readers do actually seem to really like these stories, but I write them for my own amusement. It’s a space where I can explore ideas that really aren’t marketable. 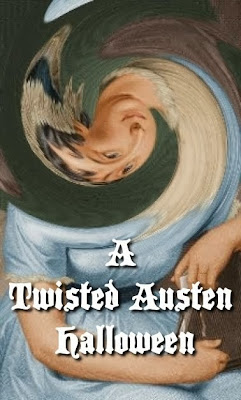 Now that I have entranced you with that confident pitch, let me inform the uninitiated that this is an eight day event, beginning tomorrow, October 24th, and running through Halloween. I will post one part of this year's story each day, and then I will publish once complete. There are likely to be giveaways, as well (I've always offered them in the past, perhaps too many), if I can pull it together in time. 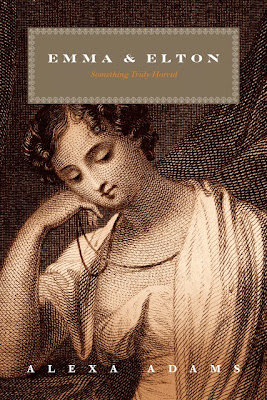 Twisted Austen was born in the wake of the monster mash-up craze that overtook this genre after the publication of Pride and Prejudice and Zombies. Could Austen’s beautiful stories be rendered “horrid” even without imposing monster-filled dystopian realities on her stories? If nothing else, I think I’ve proven the answer to be an emphatic yes. Why would I want to attempt such a thing? I guess I am, myself, a little twisted. I actually treasure some of the worst reviews this series has received, in a way I never could for any of my other works, because the entire point is to be a bit appalling, while provoking the reader's imagination into doing the bulk of the dirty work for me. 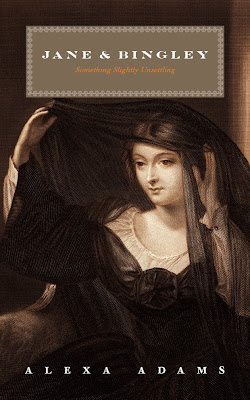 I launched Twisted Austen in 2012 with Emma & Elton: Something Truly Horrid. The subtitle was meant as a warning but, nevertheless, many readers were truly dismayed. It is the most disturbing of the collection, exploring what could have happened had Mr. Knightley warned Emma not to be overly attentive to Mr. Elton. Still, I really don’t understand how anyone could expect a happy ending with such a title. My very favorite review for it on Amazon is one sentence long and only two stars: “It was written, but the plot itself is so cringe-worthy and horrifying that there’s really no reason to re-read it.” I know it’s probably against my better interests to further publicize such sentiments, but I just can’t help myself. For this story, cringe-worthy is a compliment. I did, however, listen to the reviews and tone it down a little bit the following year. Jane & Bingley: Something Slightly Unsettling is not nearly so devastating as Emma and Elton in its outcome. In fact, it adheres strictly to canon, which possibly angered readers even more. The most consistent complaint about the book is its abrupt ending, which I’m glad people found unsettling. I took a story my readers know like the back of their hands and offered a different perspective – not necessarily a probable one, just a possible one – and supported it with evidence from Austen’s original text. Readers, equipped with their perfect knowledge of forthcoming events, are then left to their own conclusions. This is where Twisted Austen stories collide with typical Halloween tales, ghost stories and horror films having long exploited the fact that what goes unseen is often what frightens most. At the same time, the concept is quintessentially Austenesque, dependent as it is on the reader's knowledge of Jane’s novels. 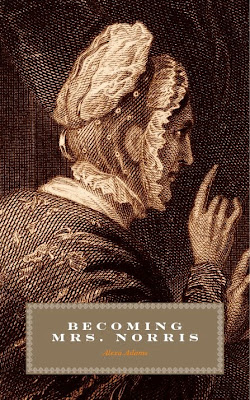 In 2014, I wrote Becoming Mrs. Norris, a prequel to Mansfield Park. It attempts to evoke sympathy for a despised character by endowing her with a tragic backstory. I published this story convinced no one would read it. Mansfield Park is notoriously hard to sell to JAFF readers. Little surprise, it pretty much tanked upon release, but when a few reviews finally did trickle in, they were far more positive than I had expected. I guess having the name “Mrs. Norris” in the title is a better deterrent for the feint-hearted than my more expository attempts to ward them off. Those of us who read Mansfield Park fan-fiction are a rare breed, and I think I self-selected an appreciative audience. 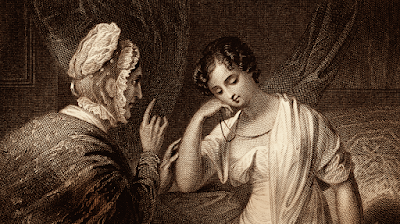 *Just a random note about book covers. I repurposed the artwork from Emma & Elton for Becoming Mrs. Norris (who wants to spend money on a book they don’t expect to be able to sell?). Also, and as you may have observed, Twisted Austen comes to you in color this year. I have long been in the process of changing the style of my covers, and this year's story, The Ladies of Norland, is the first publication to roll out the new look. 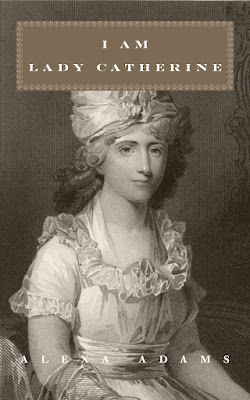 For two years I had to abandon Twisted Austen. We relocated to Switzerland in late summer 2015, and it was a long struggle afterwards to reestablish regular writing habits. The fact that Halloween is not widely celebrated here was of little assistance. When I finally resurrected the event in 2017, I was in a decidedly more playful mood than in previous years, even as I continued to try and redeem the unredeemable. Part prequel and part perspective-shift, I am Lady Catherine envisions that lady’s life from the time of her marriage through the end of Pride & Prejudice. The reception for this story was, by far, the most positive of the entire series and a firm reminder to me that no matter how tempting it might be to push people’s buttons, it is way more fun to earn their praise than their censure. In 2018, I tried to build upon that "success," even while delving into a very delicate subject. Young Wickham is a sequel to Pride & Prejudice that relies heavily on the plot of Mansfield Park. Instead of the Bertrams taking in a niece, we find the Darcys inviting Lydia and Wickham’s oldest son to live at Pemberley. A lot of readers were expecting this to be about Wickham's youth and were taken aback to find the action takes place in the Victorian Era. Still, the reception was strong amongst those who read it. 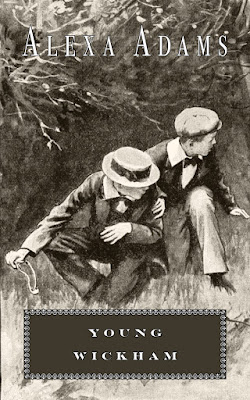 I'm trusting that The Ladies of Norland has not such an off-putting title as some of my others. I've experienced another Twisted Austen hiatus, this time triggered by the birth of my son, and it is a small miracle that I managed to complete it at all. It is the first real work that I have accomplish since the pandemic began. As it is, I barely finished it in time, and it is significantly shorter than my other Twisted Austen books, definitely not qualifying for the grandiose title of "novella" to which the others aspire. As you've probably surmised, this one is Sense and Sensibility based. It's a reimagination premised on the idea of old Mr. Dashwood being more generous to our heroines than Austen rendered him. Unfortunately, sometimes adversity is better for us in the long run. It's actually sort of a hopeful theme for our chaotic times. So please, come by, read along, and gasp in shock if you must. A happy Twisted Austen to all!
Posted by Alexa Adams at 11:39 AM