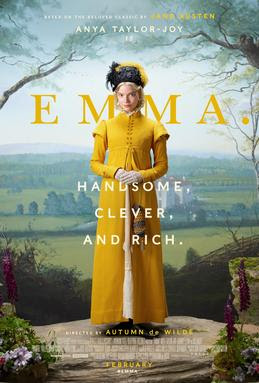 This post contains spoilers and possibly controversial opinions. Proceed at your own risk.
I finally watched the 2020 Emma. Obviously, I’ve been wanting to watch it all year, but lacking buy in from the family (I kind of burned them out on streamed Austen musicals early in the pandemic), it took this long to follow through. My patience did save me five franks, as the cost of the film has reduced since its digital release, but I had to scramble all year to not read about it, that my impressions might remain untainted.
For the most part, I loved it. It's funny, which I very much appreciate. It's also perfectly gorgeous. I could go on about the clothing for ages. That great coat Knightley wears at the very beginning ... wow! And those scenes where they show the characters dressing: no, they’re not canon, but they are manna for costume geeks. I could write an entire post about the clothing, but Karolina Żebrowska pretty much echoes all my thoughts, while providing a wonderful tutorial on the function of costumes in film:

I thought the cast was extremely strong, though few performances were enough to topple my previous preferences (find them here). Some were reminiscent of previous versions of the characters. Mr. Woodhouse (Bill Nighy) was portrayed with a nervous energy I found very interesting and highly akin to my favorite Mr. Woodhouse, Donald Eccles, from the 1972 version. Similarly, this Miss Bates (Miranda Hart) invoked strong memories of Sophie Thompson in 1996. The Eltons (Josh O'Conner and Tanya Reynolds) were perfectly abominable, as they should be.
Anya Taylor-Joy is a phenomenal actress and definitely makes the character of Emma Woodhouse her own. I personally prefer a more sympathetic portrayal, but that's probably because I take criticism of Miss Woodhouse rather personally, finding her as relatable as I do. I reserve the right to be partial and prejudiced on such subjects.

My prejudices were set against Johnny Flynn as Mr. Knightley, but he soon toppled them. I think his performance is probably my new favorite depiction of the character. Mia Goth also stood out as Harriet Smith (the only better I have seen is Dani Marcus in the streaming musical version, my review for which was sadly lost in the AA purge). 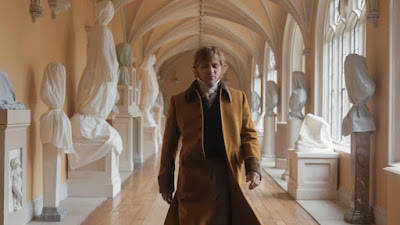 But even when I enjoy an adaptation, it is the things that I don’t like which tend to weigh on my mind. I suppose it is the curse of the Janeite. For example, am I the only one left wondering what happened to poor Mrs. Hughes, and when/how Mr. Knighltey stole Mrs. Reynolds away from Pemberley?

I really disliked the portrayal of John and Isabella Knightley (Oliver Chris and Chloe Pirrie) as so incredibly quarrelsome and unhappy. That is not how I read their relationship in the book, and the fact that none of their closest relatives seem at all concerned by their obvious distress is heartless, reflecting poorly on all of them. As indicated above, I think Emma is mostly portrayed pretty harshly until the very end of the film, when some quick work is done to redeem her. Prior to that, we only see only fleeting glimpses of her humanity. I don’t think this was necessary or appropriate. I need to back up a bit to explain why. 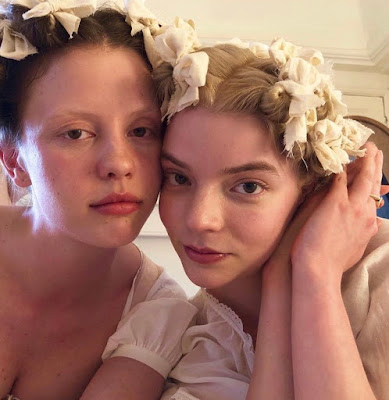 Knightley’s realization that he loves Emma the night of the ball at the Crown is amply supported by the text. I even rather enjoyed his romantic struggle being more developed, but I strongly feel Emma needs to remain oblivious to her own feelings for a while longer. If she already knows she loves him and has even that vaguest reason to suspect that Mr. Knightley returns that love, then she is in the position of once again manipulating Harriet. She is supposed to have already learned this lesson. Under such circumstances, Harriet’s anger upon discovering the "mixup" is justified, but it's out of keeping with the behavior the character. This assertive transformation feels more like Tai (Britney Murphy) from Clueless than either the cannon Harriet or the one portrayed thus far in the film. More importantly, her accusations rob Emma of the opportunity for the self-realization so detrimental to her development. Instead, our heroine is sent to pay penance to Mr. Martin (playing matchmaker still!) in order to redeem herself. Why bother with all of this? As said above, it feels unnecessary. The only explanation seems to be hatred for the character. Just because Austen predicted that most people wouldn't like Emma Woodhouse, that does not justify this endless butchering of her character. Austen herself very much liked Miss Woodhouse. I wish fans would make more of an attempt to see her virtues.
And while we're altering the storyline anyway, how about updating Austen's one blatantly racist scene? We don't often dwell in the Janeite community on how offensive her portrayal of a menacing Romani presence in the neighbourhood is, but considering the current atmosphere, oughtn't we? I believe the scene could be portrayed on film quite in keeping with cannon, without whitewashing Austen's legacy, and yet free from incessant repetitions of a discriminatory word (they use it more frequently in the film than in the novel) and the perpetuation of uncontextualized racism. I think it's important to call the filmmakers out on this point. Badly done! 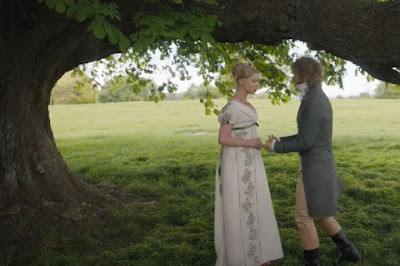 Back on lighter ground, I think Johnny Flynn delivered the “I cannot make speeches” speech to perfection. That he then, instead of a reply, got a nosebleed was a bit bewildering. I burst out laughing. Yes, it was cinematically beautiful, and yes, I have now read a bevy of explanations for both the planned and spontaneous aspects of the moment, but it kind of ruined what should have been an amazingly romantic moment for me. First of all, it was jarring, but it also strikes me as strange that Mr. Knightley, the one who claims to not be able to summon the correct words, has complete agency over the entire love declaration while Emma is left wordless on the subject, her blood sufficient confirmation of her feelings. Oy. It's not exactly a liberating portrayal. When a film is written and directed by women, one hopes that the resulting product will be free from such stuff. Instead, this adaptation has in it a current of female v female vindictiveness running through it, a force which always undermines our struggle. One imagines the writer saw her school bully in the heroine. The resemblance might be striking, but I still don't think Austen would approve. It strikes me as a transgression of "the duty of woman by woman" (Emma, Ch. 27).

Like all Austen adaptations, I will watch this one many times, my feelings about it will develop and grow, and the experience will add a new layer to my reading of the novel. This is why all the adaptations are worthwhile watching, even those that make me have a tantrum (looking at you, MP ‘99). Gotta relish comparative literature! It’s always broadening. I'm aching with anticipation for not one but TWO upcoming Persuasion adaptations. Surely one will finally get it right? I won't hold my breath, but still, there is hope!
Posted by Alexa Adams at 6:00 AM