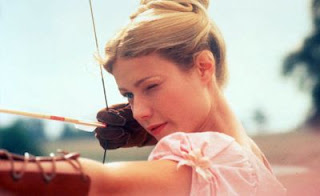 Emma Woodhouse, handsome, clever, and rich, with a comfortable home and happy disposition, seemed to unite some of the best blessings of existence; and had lived nearly twenty-one years in the world with very little to distress or vex her.


Hobbies: Other than matchmaking, Emma is the consummate dilettante. She reads, plays the pianoforte, draws likenesses, engages in fine needlework, and even collects the occasional riddle, all with a great deal of natural skill but no diligence.


Most charming quality: Her devotion to her family, particularly her rather trying father.


Most detrimental tendency: "A disposition to think a little too well of herself." 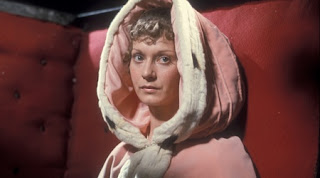 Greatest strength: A willingness to correct her faults, once they become manifestly clear.


Prospects: Very good. She is mistress of her father's home and possesses thirty thousand pounds. No other lady in Highbury is her equal.


Favorite quotations: "But, with common sense," she added, "I am afraid I have had little to do."

"Perhaps you may now begin to regret that you spent one whole day, out of so few, in having your hair cut." 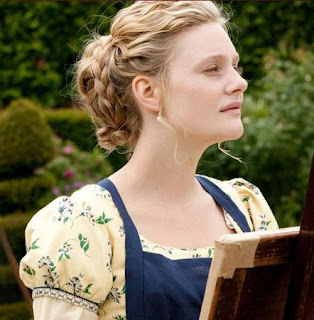 "I do not know whether it ought to be so, but certainly silly things do cease to be silly if they are done by sensible people in an impudent way. Wickedness is always wickedness, but folly is not always folly.--It depends upon the character of those who handle it."

"These are the sights, Harriet, to do one good. How trifling they make every thing else appear!—I feel now as if I could think of nothing but these poor creatures all the rest of the day; and yet, who can say how soon it may all vanish from my mind?"


"I would much rather have been merry than wise."

"You are sick of prosperity and indulgence. Cannot you invent a few hardships for yourself, and be contented to stay?"

"Oh! I always deserve the best treatment, because I never put up with any other; and, therefore, you must give me a plain, direct answer."

"Can you trust me with such flatterers?--Does my vain spirit ever tell me I am wrong?" 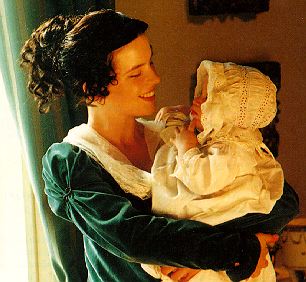 Musings: It seems that Emma Woodhouse is, after Fanny Price, the most despised of Austen's heroines, and while I feel called upon to defend Fanny (read my profile of her here) because she is so misunderstood, my desire to espouse Miss Woodhouse is based in purely selfish motivation, much like her own. For better or for worse, she is the heroine in Austen that I can best relate to. We are almost sickeningly alike - spoiled, self-consequential, and meddling - but we also share our good qualities. As stated above, Emma's greatest strength seems to be her willingness to learn from her mistakes. So if we acknowledge that she begins the novel as a flawed creature, she is undoubtedly a far superior one by the end. And I think this is really the crux of Emma. It is a tale of blunders, and of learning the hard lessons they teach. The word is used repeatedly throughout the novel, most memorably in the scene where Frank Churchill spells it out with the young Knightley's alphabet letters. However, all of Emma's amendment and repentance does not seem to be enough to excuse her in the minds of the many readers who insist upon hating her. I have only been able to construct two explanations for such unreasonableness. The first is that Austen herself declared that it would be so in her famous statement, "I am going to take a heroine whom no-one but myself will much like." The second is that Emma is far more privileged than Austen's other heroines, and therefore not an object of commiseration. In regards to the first argument, I suggest we all try to cultivate such good taste, and as for the second, which I find more convincing, I propose comparing Miss Woodhouse to the Austen heroine she most resembles: Elizabeth Bennet. Both are clever, charming, and make mistakes based upon an over dependence on their own intelligence, yet Miss Bennet is universally beloved. Granted, she does not interfere in other people lives the way Emma does, but she is also not so fortunate as to be the most consequential lady in her neighborhood. If we reversed their circumstances, I think we would find them to be uncannily similar. It is interesting that Austen declared her intention of creating a heroine whom no one but she would like almost immediately after receiving the criticisms of Mansfield Park, which always have and always will focus on Fanny Price's lack of Elizabeth Bennet's charms. Perhaps Emma can be viewed as a criticism of the public's taste? I would love to hear your thoughts on the matter.