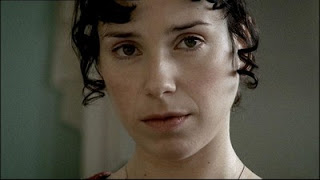 ... but Anne, with an elegance of mind and sweetness of character, which must have placed her high with any people of real understanding, was nobody with either father or sister; her word had no weight, her convenience was always to give way - she was only Anne.

Hobbies: Music, reading, and making herself useful to others.

Most detrimental tendency: A strong inclination towards melancholy.

Greatest strength: Her sense of compassion.

Truest friend: For better or for worse, Lady Russell.

Worst enemy: Elizabeth Elliot, as she is the only person foolish enough to develop an aversion to Anne.

Prospects: Diminished. She has ten thousand pounds - the majority of which, at the time of her marriage, is somehow wrapped up in Sir Walter's debts - and the joys of pedigree.

Favorite quotations: "If I was wrong in yielding to persuasion once, remember that it was to persuasion exerted on the side of safety, not of risk. When I yielded, I thought it was to duty, but no duty could be called in aid here. In marrying a man indifferent to me, all risk would have been incurred, and all duty violated." 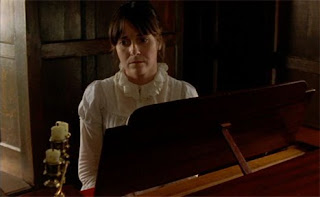 "Perhaps I shall. Yes, yes, if you please, no reference to examples in books. Men have had every advantage of us in telling their own story. Education has been theirs in so much higher a degree; the pen has been in their hands. I will not allow books to prove anything."

"This," said she, "is nearly the sense, or rather the meaning of the words, for certainly the sense of an Italian love-song must not be talked of, but it is as nearly the meaning as I can give; for I do not pretend to understand the language. I am a very poor Italian scholar."

"My idea of good company, Mr. Elliot, is the company of clever, well-informed people, who have a great deal of conversation; that is what I call good company."

"There is always something offensive in the details of cunning. The manoeuvres of selfishness and duplicity must ever be revolting, but I have heard nothing which really surprises me. I know those who would be shocked by such a representation of Mr. Elliot, who would have difficulty in believing it; but I have never been satisfied. I have always wanted some other motive for his conduct than appeared."

"Yes," sighed Anne, "we shall, indeed, be known to be related to them!" then recollecting herself, and not wishing to be answered, she added, "I certainly do think there has been by far too much trouble taken to procure the acquaintance. I suppose" (smiling) "I have more pride than any of you; but I confess it does vex me, that we should be so solicitous to have the relationship acknowledged, which we may be very sure is a matter of perfect indifference to them."

"Oh!" cried Anne eagerly, "I hope I do justice to all that is felt by you, and by those who resemble you. God forbid that I should undervalue the warm and faithful feelings of any of my fellow-creatures! I should deserve utter contempt if I dared to suppose that true attachment and constancy were known only by woman. No, I believe you capable of everything great and good in your married lives. I believe you equal to every important exertion, and to every domestic forbearance, so long as--if I may be allowed the expression--so long as you have an object. I mean while the woman you love lives, and lives for you. All the privilege I claim for my own sex (it is not a very enviable one; you need not covet it), is that of loving longest, when existence or when hope is gone."


"What wild imaginations one forms where dear self is concerned! How sure to be mistaken!" 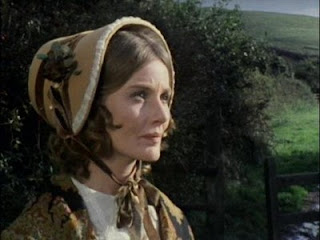 Musings: When I reviewed Persuasion before writing this profile, I was astounded to realize how very little Anne ever says in the first volume. Unlike most of Austen's heroines, whom we get to know through their words, Anne is entirely developed in her own thoughts and contemplations. Not a single one of the above quotes is taken from the first volume of the book, during which she is talked at a great deal, but all her responses - those deep, philosophical observations which mark her (in my opinion) as Austen's most perfect creation - are completely internal. This is a woman who lives entirely within herself. None of her companions offer her equality of mind and intelligence. Though we like to remember how wrong Lady Russell was in her advice to Anne regarding her youthful engagement, I was struck by how correct Lady Russell sentiments are when she considers that, "Anne had been too little from home, too little seen. Her spirits were not high. A larger society would improve them. She wanted her to be more known." For our almost silent Anne, with the commencement of the second volume, becomes quite verbose, beginning in her conversations with Mr. Elliot, then expounding in her interactions with Mrs. Smith, until she unleashes a virtual torrent of ideas upon Captain Harville. My huge love of Persuasion has always stemmed from my belief that the book is structurally magnificent, and these recent observations just magnify my awe at one of the most beautiful novels ever written. Anne begins the story worn and faded, "haggard" in her father's estimation, a shadow of her youthful self, and then comes alive again before us, as blooming as any young creature Austen ever devised. The journey is magnificent - beginning with the palpable nature of Anne's agony and reaching a crescendo of "senseless joy" at the end - and the resulting catharsis, unparalleled.