A Mixed-Up Mashup: The Letter

Elizabeth knew she was likely to confront Mr. Darcy at Donwell, Mrs. Bennet having spoken at length of his appearance at Longbourn that day, giving his call all the attention and deference due to the most exciting event of the day, never mind the complete alteration of reality. Her mother was all anticipation for an evening amongst new society, and as nothing seemed more certain than such an officious gentleman busying himself arranging everyone's affairs, she felt certain to find him in the thick of things. As expected, there he stood, but upon hearing her name announced and so quickly catching his stern eye, none of her preparation seemed to matter. Never before had she felt so distinctly uncomfortable in company. So direct and imposing was his glare that she felt certain all must see it too and think his behavior odd. She struggled against the need to blush and steeled herself for the ordeal. 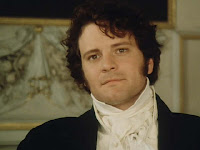 Mr. Darcy had no notion how he might pass the missive he had penned so recently, though it now seemed an eternity ago, to Miss Bennet without being perceived, but he knew that he must deliver it into her hands as soon as he could contrive it. With that intention he had left Rosings in the morning, intending to intercept Miss Bennet in the walk he was certain she would take, but instead he came upon Miss Morland, as the world unaccountably shifted. If they were entrapped in the same crowded society for long, it would not do for Miss Bennet to continue harboring such grave misconceptions as she had of him. Already he felt shame for the anger with which he first sought pen and paper. Some sentiments expressed were fleeting, particularly under the stress of true emergency, and he wished he had left more unsaid. Just seeing Elizabeth somehow made the whole topsy-turvy world seem a little less maddening, but he did not know when he might have the time to rewrite his hasty words. 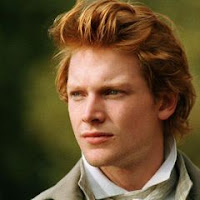 Mr. Bingley, who had escorted the Bennets, along with Mrs. Dashwood, Miss Margaret, and Mr. and Mrs. Collins, to Donwell, quickly came to Darcy's side, expressing his dismay in finding no trace of Jane Bennet, nor his own sisters. "Mrs. Dashwood also has two daughter's in London, but who can say where London might be? I was certainly in town last night, but as I woke up in Netherfield, which now stands upon your aunt's honorable lawn, I thought all our other associates might also be found in the neighborhood."

"Let us hope for not all our associates, Bingley, but just those who most matter," he said, thinking of Wickham. What if he was amongst them as well, and Darcy could not get his letter into Elizabeth's hands before the rogue could further insinuate himself? Somehow, he must find a mechanism for discrete communication. The swelling numbers of guests might be an advantage, and in the chaos that ensued once Mr. Knightley announced that rooms had been prepared for the visitors to repair to and refresh before dinner, he thought he might have his opportunity. Walking with determination towards Miss Elizabeth, who was conversing with Mrs. Collins, he was intercepted by Miss Woodhouse, who swept the two ladies away with an invitation to Hartfeld, visible through the corridor's window, along with a few of the other ladies already dressed. Elizabeth graciously accepted, and they took themselves off in the opposite direction from Darcy, joining a party composed of Miss Morland and Mrs. Weston. 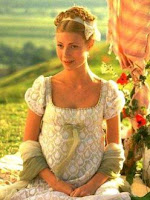 This division of the party was not the result of Emma's determination to gather around herself those ladies whose company appeared the most congenial, simultaneously escaping from those whose presence had so quickly proven intolerable, though it was a welcome result. An entire day spent entertaining Lady Catherine and Miss Elliot was enough to try anyone's patience, so when a squabble looked about to erupt over which ladies received the best accommodations, Miss Woodhouse removed herself from the equation, thereby negating any desire of the servants to give her the preference of family and securing her liberation. She instantly determined to take Miss Morland and Mrs. Weston with her, Miss Bennet and Mrs. Collins being welcome afterthoughts. As they passed through the foyer, the ladies came upon Miss Anne, who had already complete her toilet. Instantly claimed as indispensable to Emma's select group, and the six ladies left the Abbey.

Having dispensed Hartfield's hospitality to each and ordering her maid to lay out her newest and most fashionable evening dress (feeling most unwilling to make a target for Lady Catherine and Miss Elliot's disdain), Miss Woodhouse sought her father. She did not wish to intrude her guests upon his peace after such a trying ordeal, but the hours he had spent with Mr. Knightley had gone far to allay his mind of good deal of anxiety, and Emma was pleased to find him so composed, sipping his gruel by the fire.

"I plan an early evening for me, my dear, as I think it had best be with you, too. Such intolerable excitement as this day has brought unduly taxes the system, and I am sure Perry would recommend a great deal of rest after such exertion, especially for those of delicate constitution. Has Mr. Knightley yet found Perry?"

"That I do not know, Papa, which is why I must hurry and dress for dinner at Donwell. There is yet much to be discussed."

"To go out again, my dear, and after being gone from Hartfeld for so long, is precisely what I wish you would not do."

Emma smiled indulgently, determined to coax her father into acceptance, telling him firmly but gently that she had to go, dwelling on the convenience of having Donwell so very close by, and inquiring into his visit with Miss Bates and the Eltons. Finally seeing him at peace, she excused herself to hasty preparations, promising to send word of Perry, as soon as any was to be had.

Rejoining the ladies in the drawing room, Miss Woodhouse found herself drawn into just the type of intrigue most agreeable to her imagination. Miss Bennet approached her almost immediately, offering quiet thanks for their hostess' timely intervention.

"I do not know if you noticed, Miss Woodhouse, but I am certain Mr. Darcy was about to descend when you invited Mrs. Collins and myself to join you. I think I have rarely been so thankful for an invitation."

"My pleasure to be of service, Miss Bennet. Has Mr. Darcy toubled you?"

Elizabeth blushed slightly, saying only, "He and I do not see eye to eye."

Miss Woodhouse was intrigued. "So you are previously acquainted? I thought he seemed a very pleasant gentleman."

"Mr. Darcy can be agreeable when he chooses," came the elusive reply.

Now Emma was fully alive with curiosity. She had thought Mr. Darcy a bit brusque, but generally e seemed to be cut much from the same cloth as Mr. Knightley, though perhaps with a greater concern for fashion. She could not imagine him arriving at a dinner on foot, or doing anything else so eccentric, but she also could not see him behaving as anything less than a gentleman. Priding herself on her ability to judge character, Emma determined that she would do her best to learn how Mr. Darcy had offended a seemingly sensible lady, though the time for such inquiries was not now at hand. They had a meal to consume and business to discuss, and so the ladies proceeded back to Donwell, ready to encounter whatever further strangeness the remains of the day might unfold.

Mr. Darcy paced Donwell's hall, hoping the ladies would return before any more guests descended. There was already a healthy gathering of gentlemen and ladies amassing in the drawing room, engaged in those conversations that might belong to any party, rather than one so exceptional as this, and while Mr. Darcy was tempted to joining Sir Thomas Bertram, Mr. Tilney, and Mr. Knightlrey in the only sensible discussion there transpiring, his anxiety to deliver the letter, now in his breast pocket, safely to Miss Bennet overrode all other concerns.

As he crossed the floor for what seemed to be the hundredth time, he became aware of a tapping noise. Looking about him, he noticed a woman, strange to him, strumming on a windowpane and beckoning. Such odd behavior would normally incur his disdain, but such was the nature of the day's events that Mr. Darcy's usual fastidiousness was quite overhauled. He opened the front door and stepped outside, confronting an unusual looking woman. She wore neither hat nor gloves, but these were the least of her peculiarities. What most made him stare was her style of dress, which was unlike anything he had ever before witnessed. Before he could demand what such a disreputable person thought she was about, he was addressed familiarly, in a foreign but educated accent.

"Excuse, Mr. Darcy, for rapping at a window is certainly not the manner in which I wished to make your acquaintance, but I will assume bad first impressions are a good omen with you." He stared in perplexity, and she continued. "You may have deduced that I am Mrs. Adams. I know you must have many questions for me, but I only have a moment to spare. I will be back later in the evening to talk to you all about your predicament, but for now, please take this book. It belongs to Miss Bennet. She left at Rosings the last evening she was there. You may return it to her on behalf of your aunt, securing your letter safely inside."

He eagerly took the book, asking, "But how did you know, Mrs. Adams? I was prepared to find you extraordinary, but did not expect telepathy."

She laughed, encouraged by his acceptance of her help. "All will be explained later, at least as well as I am able to explain it. I shall return soon. You cannot not know what an honor it is to meet you, Mr. Darcy," and she swept away into the darkness.

Before Mr. Darcy reentered the Abbey, the ladies were upon him. Miss Woodhouse was all attention as he bowed and greeted them. Escorting the entire party inside, he turned to Elizabeth and said. "I hoped to speak with you, Miss Bennet." Noticing that he had caught the attention of all six ladies, he visibly stiffened, saying formally, and perhaps a bit louder than was necessary: "I believe you left this volume belongs to you. It was left at Rosings, and my aunt wished me to return it."

Elizabeth took it suspiciously. "It is indeed mine. Though I had not realized it traveled with me to Kent." She thought he flushed and continued, "Please forgive my carelessness, and thank you for your assistance, Mr. Darcy."

"A pleasure, madame," he bowed formally and returned to the drawing room ahead of the ladies.

Mrs. Collins leaned close to her friend and said softly, "Mr. Darcy is extraordinarily attentive, is he not Eliza?" but Miss Woodhouse could hear each word. She also saw Miss Bennet warn away Mrs. Collins with a look before following Mr. Darcy into the drawing room. Questions of time and space still lay heavy on Emma's mind, but she could admit to herself the intrigue unfolding before her was far more entertaining. Seldom had she enjoyed such an interesting day. Wondering what might be so very particular about so normal looking book, she eagerly looked forward to whatever it was that might happen next.
Posted by Alexa Adams at 3:37 PM