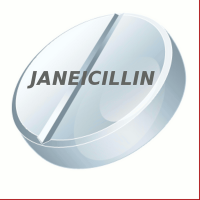 I previously posted a rougher version of this segment but, since the hiatus has been so prolonged, decided it would be easier to start fresh. I have tweaked the beginning a bit, for those who have already read it, and extended the end. I'm also going to move the Janeicillin post day from Thursday to Friday, in hopes that it makes it easier for me to stick with the schedule. Enjoy everybody!


"You wished to speak with me, Captain Wentworth?"
It took all of Frederick's willpower, the ingrained inscrutability of nine years in command, to maintain his composure.
“Indeed I do, Sir Walter. I have something of great importance to lay before you.”
“Yes. Anne suggested you might call today. You do understand that I am escorting my cousin, Lady Dalrymple, and Miss Elliot to a card party this evening and have only limited time to spare before I must attend to my preparations, but as Anne was insistent, I made sure to lay aside a quarter of an hour for you.” The impecunious baronet's smile was intended to convey the full honor of such condescension, but Frederick only perceived its absurdity.
“Then you know my reasons for requesting an audience?”
“I do, and let me assure you that I feel quite confident bestowing my youngest daughter's hand on you. When we last discussed such an arrangement, it was, of course, out of the question, but I am not blind to how you have distinguished yourself. Why, Lady Dalrymple herself commented on your fine appearance.” It was of some chagrin to Sir Walter that this young man seemed totally insensible to the magnitude of such a compliment, but as he supposed him already overwhelmed by the honor of marrying an Elliot of Somersetshire, he overlooked the offense. “Of course, you do understand that current circumstances might render it inconvenient for the estate to part with the entirety of Anne's portion, ten thousand pounds, at this time. I will write to my lawyer, Mr. Shepherd, and he will advise me as to what can be done.”
With that, Sir Walter felt he had covered all the salient points of interests while behaving exceedingly handsomely throughout the interview. It was unfortunate his future son-in-law did not share this opinion. Frederick Wentworth felt all that remained unsaid. What did it matter if Sir Walter Elliot no longer deemed him a nobody? With five-and-twenty thousand pounds, and as high in his profession as merit and activity could place him, should he be thankful that he was now deemed quite worthy to address the daughter of a foolish, spendthrift baronet, who had not had principle or sense enough to maintain himself in the situation in which Providence had placed him? He felt nothing but scorn for the pompous man before him, one of the most worthless specimens of humanity he had the misfortune to encounter (and this from the man who once captained Dick Musgrove!), but love for his daughter, a woman of such perfections that her paternity was astonishing, held his tongue. He bowed so curtly that Sir Walter was left in wonder, bemused by the odd manner in which some men respond to good fortune, and exited the room, just pausing long enough to bow in response to Elizabeth's acknowledgment when he encountered her in the passageway before departing Camden-place.
“Captain Wentworth left rather abruptly, Father,” she commented lackadaisically as she entered the smaller drawing room, gracing a particularly elegant chair with her equally elegant self.
“Poor man! He was quite overwhelmed by my generosity, I am sure, and removed himself rather than make a spectacle. Quite right to have done so, too. Few things are more diminishing to a man's person than an excessive display of emotion, and the morning light is particularly unfavorable. I had wondered that Anne should not have thought of it – to arrange for me to speak with Captain Wentworth one evening when we are at home – but now that I have seen him in broad daylight, I find his complexion perhaps the most impressive I have encountered amongst our naval man, and as Bath has given me ample opportunity to observe the race, I feel I can speak with some expertise on the subject.”
“Undoubtedly, Father.”
“The concern must be for what the future will bring. Having already been so exposed to the elements, and very likely to be so again, I think I can do no better service for him than to recommend the constant use of Gowland when aboard ship. I shall do so when we next meet.”
“I am sure he will receive your advise just as he ought. Captain Wentworth has an unusual degree of countenance for a man of his station. His presence will be an asset to my drawing-rooms.”
“I agree. A very acceptable match for Anne, all in all. Captain certainly sounds better than a mere Mister, and I do believe there must have some connection to the Strafford family after all, though it be distant and possibly unknown. It would not do for Captain Wentworth to pursue the acquaintance, of course, but the name sounds rather well, do you not think? Anne Wentworth. My daughter, Mrs. Wentworth.”
Elizabeth could not be as enthusiastic as her father on such account, for the notion of being both the eldest and only unmarried Miss Elliot was far from felicitous, but she found ample consolation in knowledge that Anne's ineligibility would restore Mr. Elliot's attentions to their proper quarter.