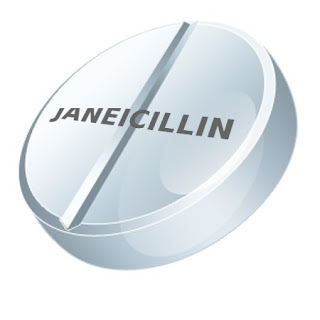 Upon reaching Norland, Fanny Dashwood received a letter from Mrs. Ferrars detailing a recent meeting with Robert. Her son was penitent, and though the mere mention of his wife remained intolerable, she was inclined to be forgiving of his trespasses. Let it be noted in the grand lady's favor that, while her temper might be swift and formidable, time inevitably proved her willing to relent. There could be little doubt in the main participants' minds that even the unmentionable Lucy would, someday, be admitted into her sacred presence, and let it also be noted that few could be depended upon to so properly display their gratitude for such an honor as Mrs. Robert Ferrars.

Upon hearing this news, John Dashwood was quick to urge his wife to pick up her pen and pass the tidings along to Delaford Parsonage, where he felt certain they must be received with as much interest as he felt upon the occasion. He was wrong. If Mr. Dashwood could have observed the relative indifference with which Edward read his sister's letter, it would have truly caused him chagrin. But Edward was not one to be bogged down in the mire of his mother's fluctuating affections. Snug in his parsonage with a beloved wife, the eventual fate of the Ferrars fortune held little interest for him. Such contentment was a totally foreign notion to John Dashwood.

Though the onslaught of visitors had been wearing on the newlyweds, that had much to do with the quality of their guests. When Mrs. Dashwood and Margaret arrived on the heels of John and Fanny's departure, using the need to collect Marianne as an excuse to linger for an additional week, they were sincerely welcomed with open arms. So it was that Mrs. Dashwood was on hand to learn of Robert Ferrars's ongoing adventures.  Though she had never met the man, nothing she knew of him inspired her to think on him with favor, and if Edward showed little enthusiasm for his future interests, Mrs. Dashwood was more than ready to begrudge the favor bestowed upon an undeserving man instead of her dear Edward. She took the issue up with Colonel Brandon, when they dined that night at Delaford.


"Do you think it reasonable, my dear Colonel, that Mrs. Ferrars show such distinct favor towards her younger son? I hope I never betrayed such prejudices amongst my children."


"Do you admit to having them, Mama?" questioned Marianne teasingly.


"That is not what I meant and you know it, my dear," her mother gently rebuked. "Perhaps I cannot easily express myself on this issue, as I find it so bewildering as to make my mind spin. To hold such grudges, but not for the most grievous offenses. Mrs. Ferrars is determined to punish virtue while rewarding disloyalty. There can be no reasonable explanation for her whims."

"Just a rather different notion of virtue than you possess, dear Mama," Elinor smiled.

"Elinor is right," said Edward. "You must account for the fact that Robert was always much more to her taste than I am. I, alas, am more like my father in disposition than the rest of my family, Robert and Fanny both resembling my mother."

"Then she should love you above all others," said Margaret seriously.

"That assumes she loved her husband," Marianne retorted cynically.


Edward smiled ruefully, "Let us just say that I serve as a painful reminder of him. I truly prefer not to trouble myself with the question."


"If it were you, Colonel, would you not take a more active interest in your own welfare? I do not think I can be called mercenary, but to be deprived of one's birthright? It should not be borne."

"I do not know that I am the most appropriate person to apply to on the matter," Colonel Brandon responded to Mrs. Dashwood. "My experience is all with tyrannical fathers. I know little of their matronly counterparts."


"But you would defend yourself. Would you not, Colonel?" Marianne demanded.


"When the law ties one's hands, there is little to be done," he replied with a meaningful look. "Regardless, there is no law against a fickle temperament."

"Indeed, there is not," said Elinor. "We are pleased that Edward and his mother are back on amiable terms, and if they are not so perfectly restored as to keep our time together at a minimum, I am one to take my blessings where I find them."

"Should I take umbrage at that? For I don't. It was very well said, my dear," Edward declared, lifting his glass in solute.


"You must be more than ready to see us off tomorrow," said Mrs. Dashwood in ready sympathy. "You have had so little time alone."


"You are always welcome, Mama, as you well know, and we will miss you when you are gone."


"That does not preclude being ready to say goodbye," quipped Edward.


"For shame, Edward!" scolded Elinor playfully. "And when I have just invited Marianne back in a month too. You shall make her feel unwelcome!"

"In a months time my sister knows I shall be delighted to see her once more. Marianne is more likely to scold me for pretending I am ready to continue sharing my wife with all the world than speaking truthfully."


"Quite right, Edward. There is no need for pretense with such friends. Just as I have no hesitation in saying that I look forward with great zeal to again intruding upon your privacy. I will miss all the residents of Delaford."

"You shan't be quite rid of all of us," inserted the Colonel. "I am expected at Barton Park next week."

"Excellent!" Marianne exclaimed. "We shall have an opportunity to discuss the book you lent me."

Mrs. Dashwood and Elinor shared conspiratorial smiles across the table.

Sir John Middleton had not known much tragedy. His parents had died, and that was a blow, but it was too much to be expected and in the way of things to touch him deeply. He had always gone about merrily, gathering friends and family around him, and relishing the hunting season. Marianne herself might scoff at his pain, but to Sir John it was a heavy blow to watch a beautiful young lady - a relation, no less - fall into decline following an ill-fated romance conducted largely under his own roof. He displayed his interest by frequently raising the topic with his mother-in-law, who was as deeply interested in the question of what would happen to Miss Dashwood as he. She must recover, indeed, had already regained much of her former bloom, and only a young man even more dashing than Willoughby was needed to make all right again. Sir John would put even more energy than usual into gathering all the young people he knew together that winter. Surely, if they could only be gay enough, the right gentleman would come their way.

Though both Sir John and Mrs. Jennings had been the initial proponents of a match between Marianne Dashwood and Colonel Brandon, it is curious that neither now targeted him as a candidate. The Colonel would surely join in some of their festivities, as he was often with them, but Sir John was convinced that the lucky gentleman would have to be fashioned after Willoughby's character, our young lady having already demonstrated clearly where her tastes lay, and Mrs. Jennings had so often prognosticated the end of the Colonel's bachelorhood to no avail that she had actually learned to be cautious in that regard. In her own thoughts, she continued to acknowledge what an excellent match it would be, for he was rich, and she was handsome, but the seemingly avuncular, or even brotherly interest Colonel Brandon took in Marianne when she was ill did not appear at all romantic. If it were another man, perhaps, but the Colonel took such excellent care of everyone that it did not strike her as exceptional. Yet when she noticed that the two often stood up together when there was a dance, she could not help but mention it.

"There, Sir John! You see this it the second time the Colonel has asked for Miss Dashwoods' hand."

"Yes, indeed. Sad thing too! I'll speak to Brandon about not monopolizing her."

"You'll do no such thing, Sir John, if you will mind me. Perhaps there might be something there after all."

It took Sir John a moment to think on this before responding, "I did once think that was where the tide flew. Yet I was sure that Miss Dashwood was setting her cap at Mr. Carey."

"Mr. Carey, indeed! What is a young scrub like him next to the Colonel?"

"He's a bruising rider. That must be to his advantage."

"Do not deny that it is just the match to make us all most comfortable. Why, she would be located next to a favorite sister, near her family, and mistress of a very pretty estate!"

"True, but I would hate for Brandon to get his hopes up."

"By all means say nothing about it to anyone. I told myself I would make no more matches for the Colonel, as it never has worked out with him. Do nothing to interfere, and we'll see which way the wind blows." She winked conspiratorially, and Sir John put a finger to his mouth as an indication of silence. Needless to say, before the evening was out, they had sworn everyone else present to secrecy on the same subject, and in tones loud enough for the objects of their conjecture to hear. When the Colonel said good bye to the Dashwoods that night, Marianne, though polite, would not meet his eye. The damage was done. She was no longer easy with him. It was not the first time he had cause to lament the well-meaning but flawed intentions of his friends.
Posted by Alexa Adams at 12:52 PM