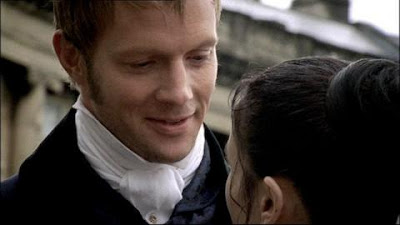 He was not Mr. Wentworth, the former curate of Monkford, however suspicious appearances may be, but a Captain Frederick Wentworth, his brother, who being made commander in consequence of the action off St Domingo, and not immediately employed, had come into Somersetshire, in the summer of 1806; and having no parent living, found a home for half a year at Monkford. He was, at that time, a remarkably fine young man, with a great deal of intelligence, spirit, and brilliancy...

Hobbies: We know he enjoys music and takes pleasure in company, but what he does to pass the long days at sea we have little notion.

Most Charming Qualities: His passion and a natural rhetorical genius

Worst Enemy: By his own admission, himself.

Prospects: He has 20,000 pounds, and if he should be so lucky as to live to see another war (which we know he does), there is the promise of more. 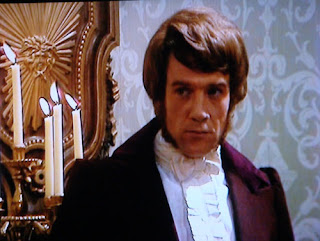 "The Admiralty," he continued, "entertain themselves now and then, with sending a few hundred men to sea, in a ship not fit to be employed. But they have a great many to provide for; and among the thousands that may just as well go to the bottom as not, it is impossible for them to distinguish the very set who may be least missed."


"A man does not recover from such a devotion of the heart to such a woman. He ought not; he does not."

"Good God!" he cried, "you would! It is not that I did not think of it, or desire it, as what could alone crown all my other success; but I was proud, too proud to ask again. I did not understand you. I shut my eyes, and would not understand you, or do you justice. This is a recollection which ought to make me forgive every one sooner than myself. Six years of separation and suffering might have been spared. It is a sort of pain, too, which is new to me. I have been used to the gratification of believing myself to earn every blessing that I enjoyed. I have valued myself on honourable toils and just rewards. Like other great men under reverses," he added, with a smile. "I must endeavour to subdue my mind to my fortune. I must learn to brook being happier than I deserve."


"If I am a fool, I shall be a fool indeed, for I have thought on the subject more than most men."

"You pierce my soul. I am half agony, half hope. Tell me not that I am too late, that such precious feelings are gone for ever. I offer myself to you again with a heart even more your own than when you almost broke it, eight years and a half ago. Dare not say that man forgets sooner than woman, that his love has an earlier death. I have loved none but you." 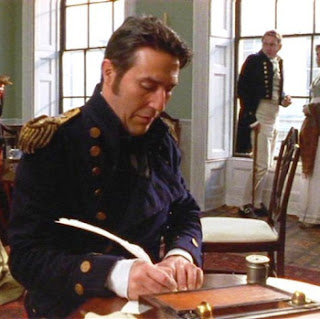 Every time I read Persuasion, I struggle more and more with my feelings about Captain Wentworth. I used to think him the most dashing man in Austen; now I kind of want to hit him over the head with a frying pan. He acts like such a child when he first reappears in Anne's life: sulking and resentful for not having had his way. Even worse, he subjects her to countless instances of pain. This is his revenge, and we must blame him for employing such antics against one such as Anne, but just like that wisest of Austen's creations, we understand that he could not remain so angry for so long if he had not been so terribly hurt. Nevertheless, it can't be denied a more self-aware man would have conducted himself better, and my tolerance for his blindness wearies with age.

Yet no matter how much I want to scream at the man, as soon as he writes that letter all is always forgiven. I have no idea how many times I've read this novel, but The Letter never comes before my eyes without blurring my vision. To have a man declare himself so, with such pure and honest passion! I think it the most romantic moment Austen ever wrote, and it instantly makes him worthy of Anne. Under her tutelage, we trust he will become a better man than he has been. Her influence can already be seen in his rather self-condemning sentiments at the end of the novel. He is sincerely sorry for what he has done, is intent on reform, and what marks an Austen hero or heroine more than the struggle for self-improvement?
Posted by Alexa Adams at 8:45 PM