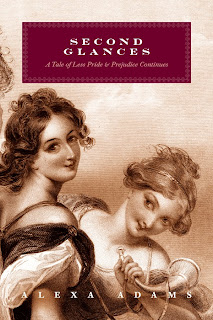 It is my great pleasure to announce the winners of last week's giveaway. The winner of the copy of Second Glances: A Tale of Less Pride and Prejudice Continues is:

Congratulations! You will receive emails from me shortly with further details. 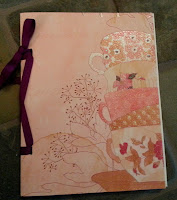 Last week I asked participants to guess which Bennet lady was destined for my new hero, Sir James Stratton. The correct answer (though all were good - I loved reading your conjectures!) is Kitty. The biggest criticisms I received on First Impressions: A Tale of Less Pride and Prejudice was that I removed too much of the tension from the story. That was, of course, the point, but I tried to address the issue in Second Glances by redistributing those problematic qualities to Kitty and Sir James. In many ways, the plot Second Glances parallels that of Pride and Prejudice far more than First Impressions did, and like Mr. Darcy, Sir James enters our story equipped with an amiable, kindhearted, and eligible friend: Mr. Simon Brooks. He provides a love interest for one of our other young ladies. To win today's giveaway, leave a comment naming who you think it is, but first I'd like to tell you a bit more about Mr. Brooks, an infallibly honest young man of fine fortune. His loyalty to Sir James is unshakable, but his attempts to assist his volatile friend often have the opposite effect. The story begins with one such instance, brought to Sir James' attention in a letter from his aunt: