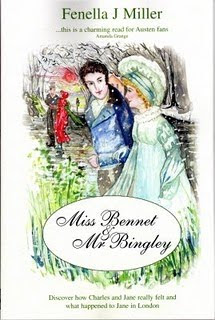 Last week I reviewed Miss Bennet and Mr Bingey (read the post here) by Fenella Jane Miller. In it I complained about the cost of the book and am, in turn, extremely happy to announce that it is now available in ebook format at RegencyReads.com for a far more reasonable price - only $5! For those of you who wanted to read this sweet retelling of Pride and Prejudice from Jane and Bingley's perspective but were daunted by the $25 cover price, I encourage you to take advantage of this far less expensive format. Several other of her novels are also available for download, ranging in price from $3 to $5.

Since posting my review, I have been in contact with Ms. Miller, who has kindly agreed to indulge me with an interview! I hope you enjoy my conversation with this very well-established Regency Romance author.


Please tell us how you first found Austen, as I love to hear how fans initially fell in love with her work. Is that where your interest in the Regency period first developed or were other forces at work?

I was a voracious reader as a child, had read all the books in the children's section of the local library and the librarian suggested I try Georgette Heyer; she also suggested I read Leslie Charteris, he who wrote the Saint books. I think that's why I read 90% historical and thrillers even now. From Georgette Heyer I naturally progressed to Jane Austen and the Brontes, and yes this is where my love of the Regency period began and why i I am so comfortable writing in it now.

You have so many books in print - when did you first start writing?

I wrote my first full-length book when I was about 13, and decided then one day I would be a published writer. I wrote my second in my 20s, and then wrote three of four more over the next years as well as a dozen beginnings to novels I never completed. All these were contemporary romance, which is perhaps why I was never successful. As a full-time mother and teacher I only had the long summer vacation in which to write and never had time to finish anything. When I took early retirement seven years ago I finally got my opportunity to write full-time. I sold a full-length book and a novella in April 2005. Since then I've had eight more books published by Robert Hale, these are all in large print, and ten novellas to My Weekly Pocket Novels, D. C. Thompson. Four of these are already in large print and the rest will no doubt appear in due time. I've also written three WW2 full-length books and three other regencies which are now out with various publishers. I also have a Victorian family saga with a big publisher in the UK.

How did you develop/first conceive of the idea for a story focusing on Jane and Bingley?

I was at the Romantic Novelists Association summer conference in 2008 and Amanda Grange, (Darcy's Diary and many other excellent Jane Austen retellings) suggested that I write a book about Jane and Bingley as it hadn't been done at that point. When I got home I read Pride and Prejudice, I do this fairly often as you can imagine, and decided that Jane did need her own story.

I imagine the process of taking a preexisting work, like Pride and Prejudice, and creating a new story out of it was rather different than developing an entirely new tale of your own. Did you find writing Miss Bennet and Mr Bingley easier or more challenging than your previous books? Did you have to alter your methods?

Yes, I did find it far more difficult working round a cast of characters that was so well-known and loved and also with a plot already written for me. I was reluctant to tamper with a masterpiece - hence I didn't put in nearly enough new material.

My favorite part of Miss Bennet and Mr Bingley is the time spent in London, of which Austen tells us very little. Which details from Pride and Prejudice most inspired the storyline you developed for that period?

I took a little snippet of information about Jane having been written poetry and introduced that character. I also wanted her to do more than sit about moping.

You employ several tactics to firm up Mr Bingley resistance to the removal from both Netherfield and Jane Bennet. Did you feel like he needed to be vindicated?

I do indeed, I think that he sometimes appears to be over influenced by others. I tried to rectify this by the chapters I added.

Similarly, you present Jane in a situation that requires her to show a lot more gumption than is typically attributed to her. Did your interpretation of her character already attribute this strength to her or did you feel the need to endow her with additional force?

Jane can appear overly polite and subdued; I think there is evidence in the book that she was a capable young lady - after all it was to her everyone turned when they had a problem.

You made a conscious decision to provide Jane with accomplishments that Austen denied her, specifically the ability to play the pianoforte. In fact, you make her more proficient than Elizabeth. Please share your thoughts behind this choice.

I wanted there to be more depth to the apparent friendship with Miss Bingley, the two needed to share more than just an interest in fashion plates. As Caroline is a proficient pianist it seemed the simplest way to give them something they had in common.

Shall we see any more Austen adaptations form you in the future? What are you currently working on?

I think the straight Austen-esque bubble has burst. Unless I want to write Jane Austen retellings with vampires/ghosts/angels I think it unlikely any new authors will find a publisher. Therefore I don't think I'll be writing any more, much as I'd like to. I was intending to write a mystery involving the disappearance of Kitty whilst staying at Pemberley, and Mary discovering she was perfectly suited to detection. I envisaged a series of these books, rather like our very English, Miss Marple, written by Agatha Christie.

I'd like to thank Ms. Miller for the time she took in answering my questions. I do hope she is incorrect about an Austenesque bubble, especially as I think a Mary Bennet sleuth story sounds positively delightful. 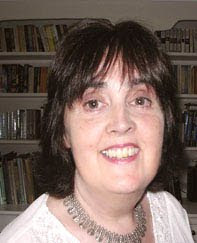 Fenella Miller lives in Essex in an ancient cottage with acres of unspoilt woodland. Her husband and a Border collie share the house. She has two children and two grandchildren. Fenella has always written but was too busy teaching in both secondary and primary schools to complete a book until she was able to give up work six years ago. She now has over twenty different titles published.