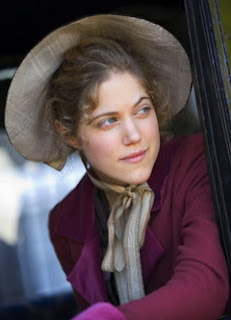 Marianne would have thought herself very inexcusable had she been able to sleep at all the first night after parting from Willoughby. She would have been ashamed to look her family in the face the next morning, had she not risen from her bed in more need of repose than when she lay down in it. But the feelings which made such composure a disgrace, left her in no danger of incurring it. She was awake the whole night, and she wept the greatest part of it. She got up with a headache, was unable to talk, and unwilling to take any nourishment; giving pain every moment to her mother and sisters, and forbidding all attempt at consolation from either. Her sensibility was potent enough!

Hobbies: Playing the pianoforte and marveling at the sublime

Most charming quality: (as described by Colonel Brandon) "...warmth of heart...eagerness of fancy and spirits." 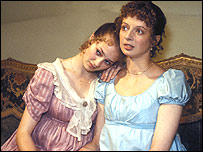 Prospects: While, like her sister, she only has 1000 pounds until her mother's death, she expects much more. In her own words: "And yet two thousand a-year is a very moderate income," said Marianne. "A family cannot well be maintained on a smaller. I am sure I am not extravagant in my demands. A proper establishment of servants, a carriage, perhaps two, and hunters, cannot be supported on less."

Favorite quotations: "Nor I," answered Marianne with energy, "our situations then are alike. We have neither of us any thing to tell; you, because you do not communicate, and I, because I conceal nothing."

"Undoubtedly. At my time of life opinions are tolerably fixed. It is not likely that I should now see or hear any thing to change them." 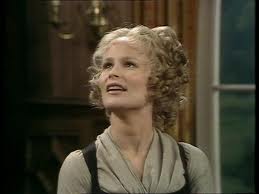 "Esteem him! Like him! Cold-hearted Elinor! Oh! worse than cold-hearted! Ashamed of being otherwise. Use those words again, and I will leave the room this moment."

"The rent of this cottage is said to be low; but we have it on very hard terms, if we are to dine at the park whenever any one is staying either with them, or with us."

"On the contrary, nothing can be a stronger proof of it, Elinor; for if there had been any real impropriety in what I did, I should have been sensible of it at the time, for we always know when we are acting wrong, and with such a conviction I could have had no pleasure."

"Dear, dear Norland!" said Marianne, as she wandered alone before the house, on the last evening of their being there; "when shall I cease to regret you!--when learn to feel a home elsewhere!--Oh! happy house, could you know what I suffer in now viewing you from this spot, from whence perhaps I may view you no more!--And you, ye well-known trees!--but you will continue the same.--No leaf will decay because we are removed, nor any branch become motionless although we can observe you no longer!--No; you will continue the same; unconscious of the pleasure or the regret you occasion, and insensible of any change in those who walk under your shade!--But who will remain to enjoy you?" 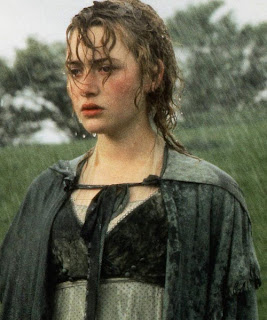 Musings: My thoughts about Marianne were largely expressed in my profile of Elinor (read it here). I think of her as a typical teenager: full of her own uniqueness and totally unaware that she is actually almost exactly like every young lady at sixteen. When I was nineteen, I dated a man of twenty-three. The relationship rapidly proceeded towards its end when he told me that I wasn't as unusual as I thought. I was further infuriated by his insistence that in a few years, I would be mature enough to see his point (which I was, and have had the same conversation with similarly reluctant teens in turn). So many of Marianne's statements remind me of this episode of my life. For example, "No; my feelings are not often shared, not often understood," is precisely how I responded to this long ago boyfriend's sentiments, refusing to believe that his years endowed him with the slightest notion as to how I felt. Marianne also possesses a good dose of the righteous indignation inherent to teenagers. Who does not recall berating some authority figure or another for what we once deemed unforgivable offenses?  I used to lecture my mother about politics (actually, I still sometime do), appalled by her acceptance at face value of mainstream news and textbook history. This reminds me of Marianne's rebuke to Sir John:


"That is an expression, Sir John," said Marianne, warmly, "which I particularly dislike. I abhor every common-place phrase by which wit is intended; and 'setting one's cap at a man,' or 'making a conquest,' are the most odious of all. Their tendency is gross and illiberal; and if their construction could ever be deemed clever, time has long ago destroyed all its ingenuity."

Who but a teen would feel empowered to lecture their elders, particularly one to whom they are extremely indebted to, in such a matter? Of course, by the end of the novel, Marianne has grown up in many ways. She becomes aware of the selfishness of her behavior and determines to improve herself, but even this honorable intention is conducted in an overly dramatic manner. Marianne would go from lovelorn to bookworm in a blink of the eye, unaware of how ridiculous such extremes appear to adults. Her "course of serious study" is as ambitious as Emma Woodhouse's lists of books. Fortunately for Marianne, Colonel Brandon appreciates the idiosyncrasies of youth more than Mr. Knightley.