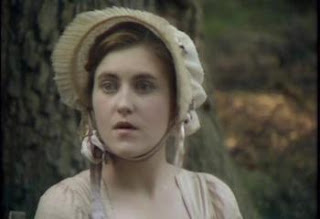 The gentleness, modesty, and sweetness of her character were warmly expatiated on; that sweetness which makes so essential a part of every woman's worth in the judgment of man, that though he sometimes loves where it is not, he can never believe it absent. Her temper he had good reason to depend on and to praise. He had often seen it tried. Was there one of the family, excepting Edmund, who had not in some way or other continually exercised her patience and forbearance? Her affections were evidently strong. To see her with her brother! What could more delightfully prove that the warmth of her heart was equal to its gentleness? What could be more encouraging to a man who had her love in view? Then, her understanding was beyond every suspicion, quick and clear; and her manners were the mirror of her own modest and elegant mind. Nor was this all. Henry Crawford had too much sense not to feel the worth of good principles in a wife, though he was too little accustomed to serious reflection to know them by their proper name; but when he talked of her having such a steadiness and regularity of conduct, such a high notion of honour, and such an observance of decorum as might warrant any man in the fullest dependence on her faith and integrity, he expressed what was inspired by the knowledge of her being well principled and religious.

Most charming quality: The gentleness of her nature.

Most detrimental tendency: The gentleness of her nature. 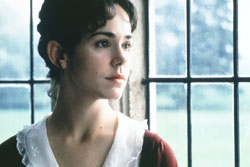 Prospects: Rather vague. As Sir Thomas Bertram's niece and ward, she must have some security, but all he ever says on the subject is as follows: "... we must secure to the child, or consider ourselves engaged to secure to her hereafter, as circumstances may arise, the provision of a gentlewoman, if no such establishment should offer as you are so sanguine in expecting."

Favorite quotations: "Cut down an avenue! What a pity! Does it not make you think of Cowper? 'Ye fallen avenues, once more I mourn your fate unmerited.' "


"Perhaps, sir," said Fanny, wearied at last into speaking--"perhaps, sir, I thought it was a pity you did not always know yourself as well as you seemed to do at that moment."

"How wonderful, how very wonderful the operations of time, and the changes of the human mind!" And following the latter train of thought, she soon afterwards added: "If any one faculty of our nature may be called more wonderful than the rest, I do think it is memory. There seems something more speakingly incomprehensible in the powers, the failures, the inequalities of memory, than in any other of our intelligences. The memory is sometimes so retentive, so serviceable, so obedient; at others, so bewildered and so weak; and at others again, so tyrannic, so beyond control! We are, to be sure, a miracle every way; but our powers of recollecting and of forgetting do seem peculiarly past finding out."


"I had not, Miss Crawford, been an inattentive observer of what was passing between him and some part of this family in the summer and autumn. I was quiet, but I was not blind."


"Here's harmony!" said she; "here's repose! Here's what may leave all painting and all music behind, and what poetry only can attempt to describe! Here's what may tranquillise every care, and lift the heart to rapture! When I look out on such a night as this, I feel as if there could be neither wickedness nor sorrow in the world; and there certainly would be less of both if the sublimity of Nature were more attended to, and people were carried more out of themselves by contemplating such a scene."

"We have all a better guide in ourselves, if we would attend to it, than any other person can be." 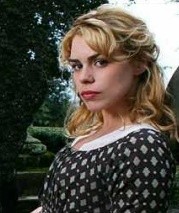 Musings:  I completely fail to understand why so many readers are intolerant of poor Fanny. Certainly, she is rather unlike the "sparkling" heroines of Austen's more popular novels, but I feel the hatred people harbor towards her is totally unfounded, possibly irrational. We admire Elizabeth Bennet for her willingness to reject both Mr. Collins and, far more so, Mr. Darcy, but when Fanny behaves similarly, readers scream with rage. For though Fanny is a meek and timid creature, is it not an act of incredible courage (quite frankly, more than I feel Elizabeth displays) to reject Henry Crawford, especially when her entire family is aligned against her decision? And why would anyone want her to marry Mr. Crawford, who thoroughly proves himself a cad and a scoundrel? Do we truly believe that Fanny would reform him? Isn't such a scenario as unlikely as Marianne being able to find happiness with Willoughby? Why do so many want this poor girl, who has already suffered so much due to the mercenary values of society, to sacrifice herself for worldly gain?

I am going to be quite harsh here, because I think it warranted: when lovers of Austen censure  Fanny Price, they are acting exactly like Mrs. Norris. That's right. Your eyes do not deceive you. Cruel, misguided Aunt Norris. If you wish to overcome such harsh criticism, then please, dear Janeites, try to muster a little sympathy for Fanny. If you were a shy, affectionate little girl, taken from your home, treated as a second class citizen, and deprived of the solicitude that everyone craves, would you not grow up to be humble and diffident? And in such a state, when confronted with a situation that offends your basic morality, while all those around you urge you to act in a manner that you know to be wrong, would you have the courage to resist? I admire Fanny Price, as did Austen, who refers to her as "My Fanny", a possessive and affectionate appellation that she never attaches to any of her other heroines. Sequels and reimaginings might alter Fanny to suit the author's whim, while films portray her as something totally unrecognizable from the book, but I think she is delightful just as she is, and what Austen approved is more than good enough for me.