Pride and Prejudice Readathon: Chapters One and Two

I love how rapidly Austen wraps us in the domestic world of Longbourn. So far in this read, I am struck but how relatively harmonious the atmosphere at Longbourn feels, despite the undertones of discord so quickly developed. The first chapter ends in a summation of Mr. and Mrs. Bennet's personalities, but if Austen did not take this moment to emphasize how mismatched they are, I'm not sure it would be so obvious. Certainly, Mr. Bennet insults his wife ("I have a high respect for your nerves. They are my old friends. I have heard you mention them with consideration these twenty years at least."), but he also compliments her ("You and the girls may go, or you may send them by themselves, which perhaps will be still better; for, as you are as handsome as any of them, Mr. Bingley might like you the best of the party."), and such raillery is perfectly acceptable amongst married people. Though Mr. Bennet feigns disinterest in Mr. Bingley, it is he who inquires into the all important marital status, betraying his true sentiments. Their only real disagreement (knowing Mr. Bennet has every intention of visiting the new neighbor) regards his particular affection for Elizabeth, still only known to us as Lizzy in these first chapters. This familiarity increases the cozy atmosphere through which Austen paints a first impression of Longbourn. It is not until the end of chapter two that she provides real evidence of the unhappiness of the Bennet's marriage, when Mr. Bennet leaves the ladies, "fatigued with the raptures of his wife." 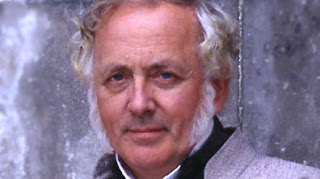 What we do know, almost immediately, is that regardless of the state of affairs between man and wife, they have a real problem. Austen does not have to elucidate for her audience "that a single man in possession of a good fortune" must be in want of an heir. That, after all, is precisely why the wife is wanted in the first place. We do not yet know of the entail on Longbourn, but a 19th century audience intuitively recognizes that a bunch of unmarried daughters is no trivial dilemma.

Because Austen takes the time to elucidate some of the social restrictions placed on forming new acquaintances, this aspect of Regency society is more immediately accessible to the modern reader. Mr. Bennet may make light of the need to visit Mr. Bingley, but chapter two readily demonstrates even an eccentric character's adherence to the rules of this world. I do not have the time to discuss the rituals surrounding the paying of calls, but even a first time Austen reader, with no knowledge of the customs of this society, learns a great deal about them in a few short paragraphs. One of the delights of reading Austen is the degree to which she envelopes you in her world. I think this is why concepts like Lost in Austen and Confessions of a Jane Austen Addict work so well. 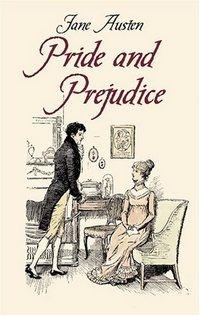 Interesting to note that the foundation for the characters of all three of the youngest is established in this chapter, while Elizabeth isn't developed until chapter four, and Jane not until chapter five.

I'm running out of time! Must say something in regards to a mistake in my text. As it is a reproduction, I assume the mistake was in the original (I also think that it is in Seth Grahame-Smith's copy of the novel, but that is a discussion for another time). Instead of reading:


"Kitty has no discretion in her coughs," said her father; "she times them ill."
"I do not cough for my own amusement," replied Kitty fretfully.
"When is your next ball to be, Lizzy?"

"Kitty has no discretion in her coughs," said her father; "she times them ill."
"I do not cough for my own amusement," replied Kitty fretfully. "When is your next ball to be, Lizzy?"

As if Kitty wouldn't know when the ball was to be! Clearly, the line is spoken by Mr. Bennet.